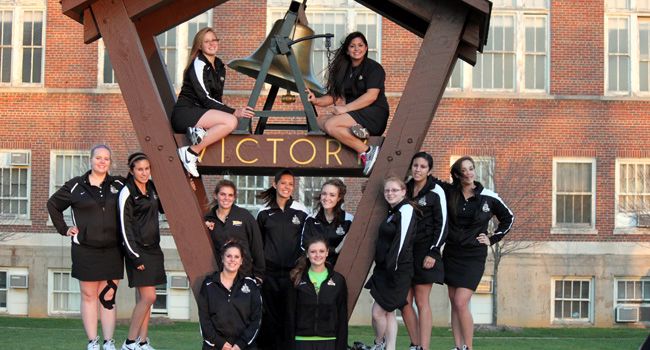 “We continued to bowl well as a team today,” said Crusader head coach Matt Nantais.  “Even though we had some misses that were relatively easy, we’d often have our next two girls come up and double to get back the lost pins.  Most of our opens today were just splits; we did pretty well in terms of spare conversion.  It was a good all-around team effort.  We also got a lot of support from family, friends and people from the university this entire weekend, and it gave the girls a lot of energy to see that amount of support.”

The Crusaders entered the day as one of four teams who could still capture the tournament title, but knew they would have to win three consecutive matches in order to do so.  Valpo opened the day as the third seed facing fourth-seeded #17 UW-Whitewater, and the best-of-seven baker match was tight early on.  The Crusaders took the opener 170-157 before the Warhawks captured game two, 198-177.  But a narrow 182-176 victory in the third game gave Valpo the 2-1 lead, and the Crusaders took advantage, rolling games of 213-166 and 214-169 to close out the 4-1 victory.

The win in the opener set Valpo up against second-seeded #6 Arkansas State in a rematch of the Greater Ozark Invitational championship match.  This time, however, the Crusaders would need just four games to take down the Red Wolves, sweeping ASU by scores of 219-188, 214-195, 193-143 and 212-179 to move one step closer to the title.

In the championship match, the Crusaders matched up against the top seed in the bracket, #5 Nebraska.  For the third time in as many matches, Valpo jumped on top first, winning the opener by a lopsided 211-129 count.  But the Crusaders bowled their worst game of the day in game two, falling to the Huskers 160-145.  A 180-173 win in game three put the momentum back on Valpo’s side, and a 194-177 victory in the fourth game put the Crusaders on the verge of earning their second trophy of the year.  Valpo closed out the 4-1 win in style, breaking 200 for the seventh time on the day with a 203-186 victory over the Huskers.

“I think the key thing for us today was winning the first game in every match,” said Nantais.  “Especially in the last two matches, when Arkansas State and Nebraska both got to choose their starting lane, us winning that first game gave us the advantage on both teams in that we won despite them being on their preferred lane.”

Valparaiso (22-3) looks to continue its strong start to the 2011-2012 campaign next weekend as the Crusaders travel to Millsboro, Del. to bowl in the Hawk Classic, hosted by Maryland Eastern Shore.  The three-day tournament is slated to begin on Friday afternoon.