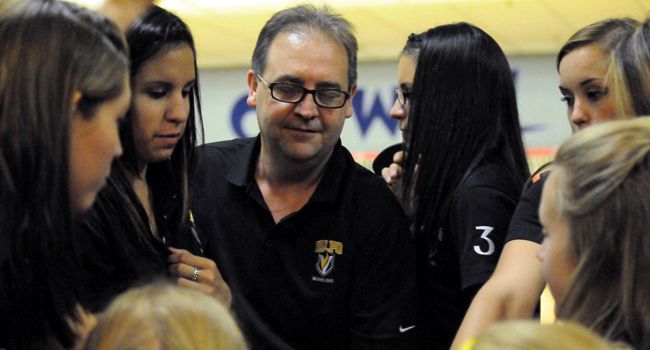 Against one of the strongest single-day lineups #1 Valparaiso will face all season long, the Crusaders showed why they are ranked as the nation’s top-ranked team, going 5-1 on the first day of competition Friday at the Kutztown Invitational in Reading, Pa. and ending the day in second place.

"We had a pretty good day overall today," said Crusader head coach Matt Nantais.  "We were up and down, leading after four games, and then had a terrible set against Fairleigh Dickinson where we couldn't get anything going.  But then we came back against Vanderbilt and bowled a really good set to end the day."

Five of the Crusaders’ six matches on Friday came against other teams ranked in the top-ten nationally, with all six opponents coming from within the nation’s top-20.  Valpo totaled 4,801 pins over the six four-game baker matches, trailing just #2 Fairleigh Dickinson in the overall standings and 90 pins clear of third-place #3 Sacred Heart.

Valpo started competition on Friday against #3 Sacred Heart and made an early statement, downing the Pioneers by a score of 828-780 in the four-game set.  The Crusaders then faced off against the reigning NCAA national champs, #6 Maryland Eastern Shore, and edged out a 797-790 victory in that matchup.

For the second time in their first three matches, Valpo averaged better than 200 in its next contest, easily defeating #10 New Jersey City by an 826-697 count.  The Crusaders posted their best four-game score of the day in the fourth match of the session, beating #17 St. Peter’s 837-669.

Valpo’s only misstep of the day came in the fifth match, as the Crusaders struggled in an 813-694 loss to #2 Fairleigh Dickinson.  But Valpo bounced back with another strong effort in the day’s finale, posting an average above 200 for the fourth time in an 819-710 defeat of #7 Vanderbilt.

"The team's energy was definitely up today," said Nantais.  "They got back to bowling as a team, everybody supporting each other.  They did a great job today, much like the way we started the year.  It's good to see the team getting back into that stride after the long break and the struggles the last two tournaments."

Valparaiso (51-19) faces six more matches on Saturday, to be contested in the traditional team format, beginning at 8:30 a.m. CST.  Fans can watch the Crusaders' action via the team's Ustream channel at http://www.ustream.tv/channel/valpo-bowling.