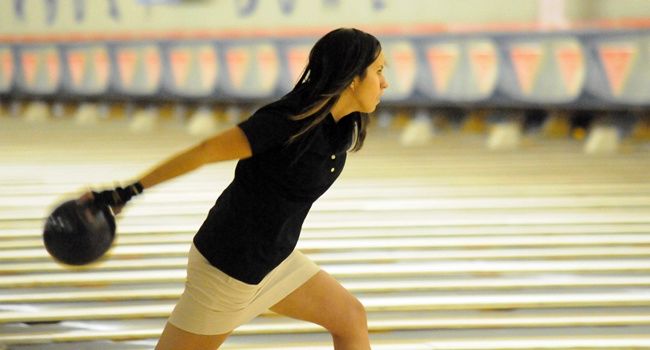 Wins over a pair of fellow top-ten squads highlighted #6 Valparaiso’s 4-2 record on the second day of action at the Music City Classic Saturday in Nashville, Tenn. as the Crusaders sit in eighth place entering the final day of competition.

Valpo cruised to a win in its second match against #17 Alabama A&M, earning a 945-812 victory on the strength of a 246 game from Galka and a 233 game by Cortese.  Cortese made it three high-scoring games in a row against #7 Central Missouri, pacing the Crusaders with a 226 game, while Busiel posted a 213 as Valpo made it three wins in a row with a 975-912 victory over the Jennies.

The Crusaders suffered their first loss of the day in their next match, falling to #2 Arkansas State by a 994-973 count despite having all five bowlers roll at least 179 games, led by a 204 from senior Amanda Cortese (Hoffman Estates, Ill./Hoffman Estates [Central Missouri]).  Valpo lost in its next match as well, dropping a 939-804 decision to #12 New Jersey City, but closed the evening on a positive note, defeating #15 Adelphi 875-854, led by the team’s single-game high on the day, a 247 from senior Krystyna Johnson (Montgomery, Ill./Oswego East [Delaware State]).

Valparaiso (80-35) closes out the Music City Classic on Sunday, with action slated for an 8:30 a.m. CDT start.