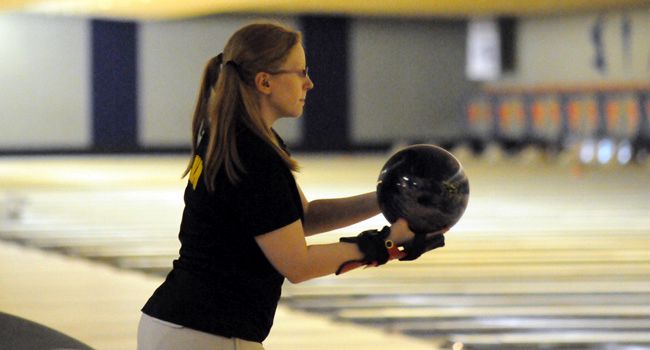 The nation’s top-ranked bowling team returned to the lanes on Friday afternoon, as Valparaiso resumed the 2011-2012 campaign on the first day of action at the Mid-Winter Invitational in Jonesboro, Ark., hosted by Arkansas State.

The Crusaders ended the first day of competition, contested in the five-game baker format, with a 3-2 record, their ninth day with a winning record in ten days of action this season.  But Valpo posted just 4,312 pins over Friday’s five matches, leaving the Crusaders in 11th place out of 16 competing teams.  The Crusaders are less than 200 pins outside the top-seven, however.

Friday’s action started with an 872-804 victory in the opener over Southern, but the Crusaders would drop a pair of matches to top-ten foes following the opening win.  Valpo fell 923-785 to #6 Central Missouri and followed with a 950-850 defeat against host #8 Arkansas State.  The Crusaders rebounded with their best two efforts of the day to close competition, however, downing Texas Southern 894-884 and Prairie View A&M 911-795.

#1 Valparaiso (33-10) returns to action on Saturday morning at 9:40 a.m., the second of three days of competition in Jonesboro.