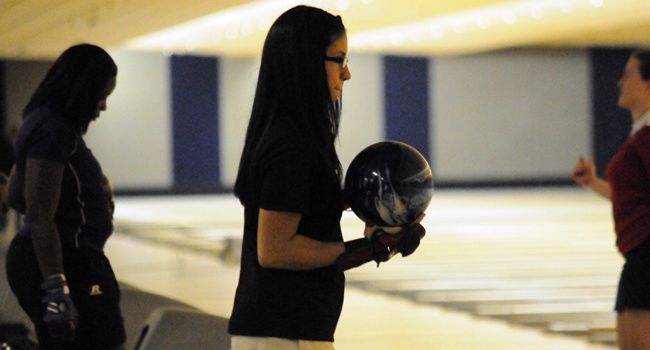 The #2 Valparaiso bowling team picked up a pair of victories over fellow top-10 teams Saturday in the second day of action at the Holiday Classic in Bessemer, Ala. and will enter the final day of competition in fourth place.

The Crusaders have tallied 8,466 pins through the first two days for their fourth-place spot.  Valpo will kick off Sunday’s championship bracket play against third-seeded Vanderbilt, as the Crusaders are in the running to earn their third tournament championship this season.

Valpo opened the day against Alabama State and would suffer its only defeat of the day, falling 935-887 despite a 213 game from senior Amanda Cortese (Hoffman Estates, Ill./Hoffman Estates [Central Missouri]).  The Crusaders rebounded with a 1078-979 victory over #6 Central Missouri in the next match, as all five Valpo bowlers broke 200.  Cortese rolled a team-best 237, while redshirt junior Ashley Busiel (Elk Grove Village, Ill./James B. Conant [Harper College]) posted a 224 and senior Krystyna Johnson (Montgomery, Ill./Oswego East [Delaware State]) rolled a 214.  Sophomore Kaity Galka (Dyer, Ind./Lake Central) added a 202, while senior Natalie Cortese (Hoffman Estates, Ill./Hoffman Estates [Central Missouri]) rounded out the quintet of bowlers with a 201.

With an odd number of teams in the tournament field, the Crusaders had a bye in their third match of the day, rolling a 910, led by Natalie Cortese’s 224.  Valpo then easily defeated #7 Vanderbilt, 1005-910, as four bowlers broke 200 in that match.  Johnson led the Crusaders in the win over the Commodores with a 214, Galka rolled a 213, and Amanda Cortese and Busiel each posted games of 201.