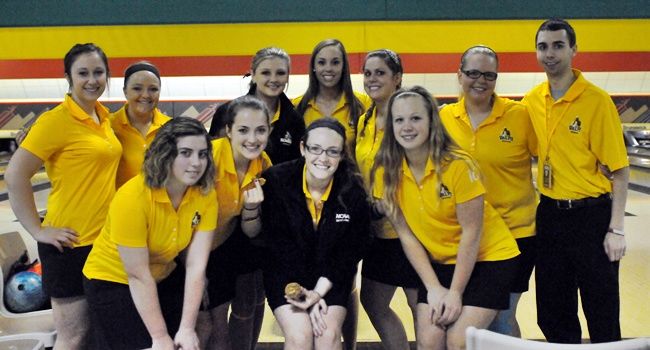 For the second straight day, the #9 Valparaiso bowling team won three out of five matches at the Crusader Classic, closing the day in sixth place out of the ten competing teams.

Valpo opened action on Saturday morning, contested in the traditional team format, against #6 Central Missouri, but lost 998-940.  Freshman Raychel Wolever (Charlotte, Mich./Charlotte) led the Crusaders against the Jennies with a 206 game.  The Crusaders fell in their second match of the day as well, 962-942 to #5 Nebraska, despite a 224 game from redshirt sophomore Alyssa Alvarez (Antioch, Ill./Antioch).

Valparaiso (8-10) closes out play in its home tournament on Sunday morning at 8 a.m.  Sunday’s play will be in bracket format to determine the final tournament standings.