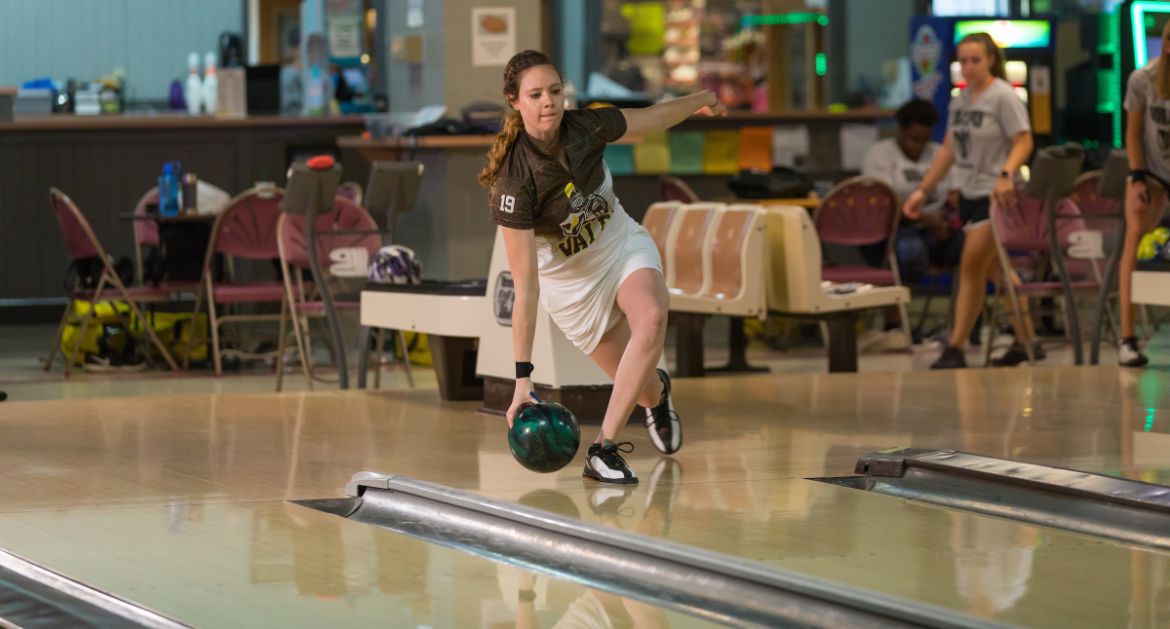 Morgan Peacha helped lead the way as Valpo kicked off the 2019-20 season Friday.

The Valpo bowling team kicked off the 2019-20 season on Friday with the first day of competition at the season-opening Allstate Sugar Bowl Collegiate Bowling Invitational, hosted by Tulane in Harahan, La. At the close of the first day of action, Valpo sits in ninth place in the 16-team field, which includes nine of the nation’s top-25 teams.