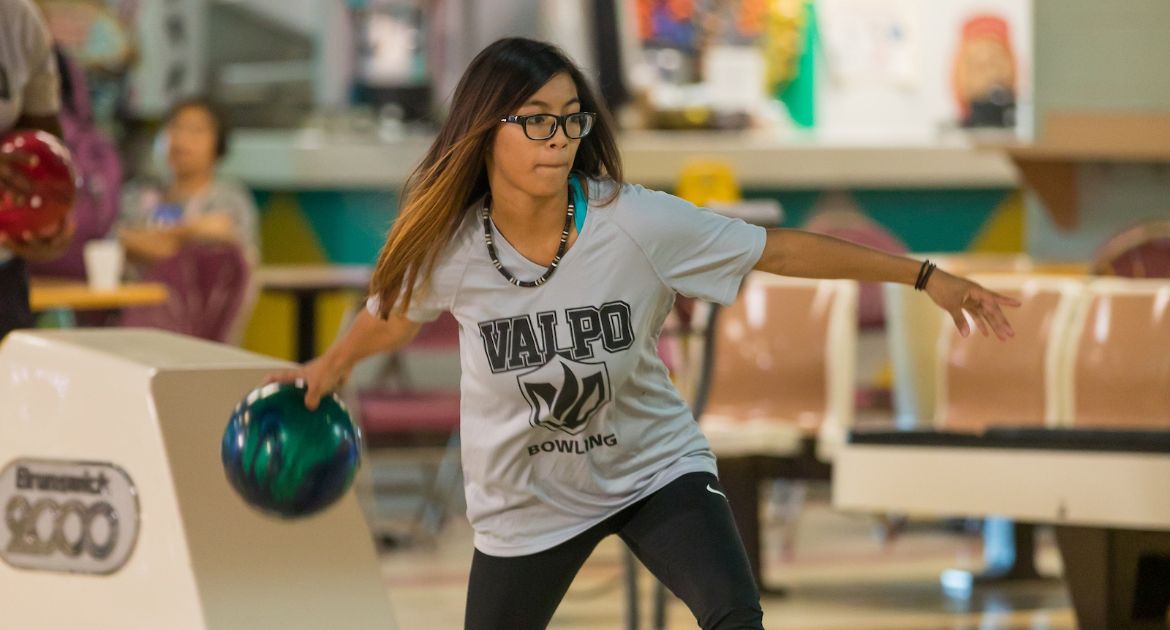 Allura Magsino led off for Valpo in its final two wins on Friday.

For the second straight Friday, the Valpo bowling team opened a tournament with a perfect first day of competition, as the Brown and Gold posted a pair of top-20 wins in a 5-0 day to kick off the Warhawk Classic in Madison, Wis.

Valpo (21-21) continues action in Madison on Saturday with the second day of competition, as the traditional team matches kick off at 9:25 a.m.