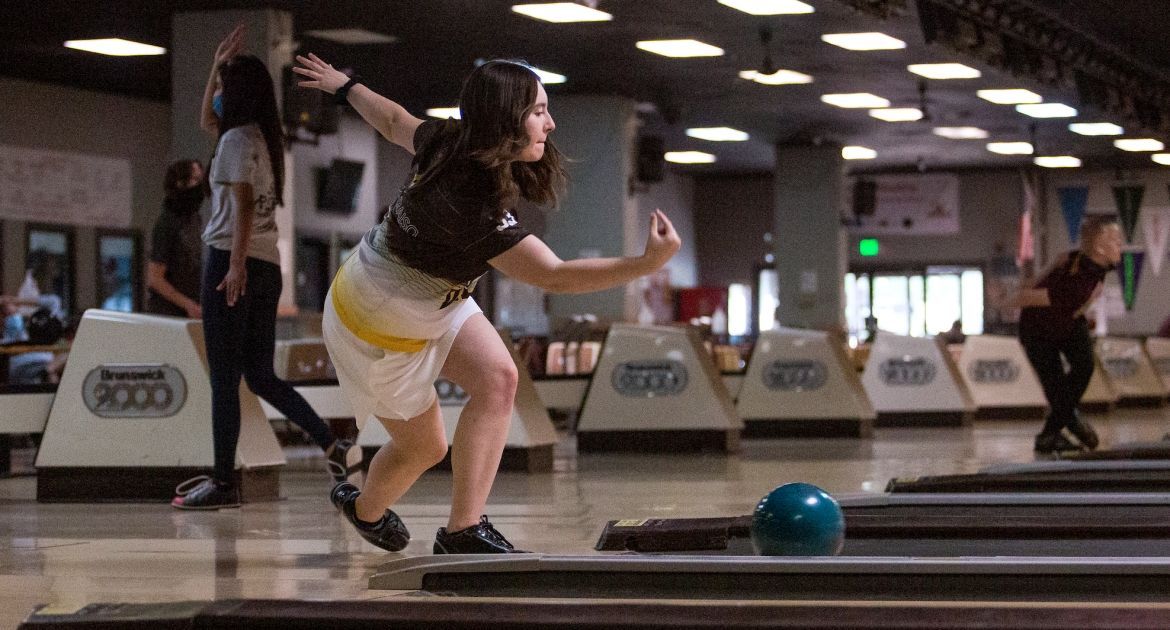 Isabella Palamaro averaged a 215.3 in her three starts Saturday.

The #19 Valpo bowling team picked up a trio of wins in the second day of competition Saturday at the Railsplitter Classic in Harrogate, Tenn., hosted by Lincoln Memorial University. Freshman Isabella Palamaro (Thiells, N.Y./North Rockland) especially impressed for the Brown and Gold, coming off the bench to average a 215.3 over Valpo’s final three matches of the day.

Valpo (16-15) closes out the Railsplitter Classic on Sunday morning.