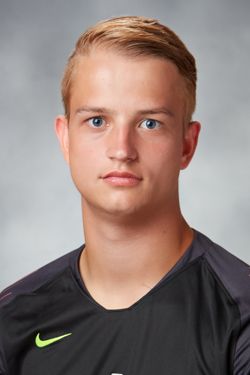 Before Valpo: Played for his hometown club team until the age of 10, then played seven years in the youth academy of FC Twente, winning the national tournament between the best players of each region in 2011… Nearly made the U15 national team, but came short as one of the six best goalkeepers at the time… Moved to HHC Hardenberg in 2015 and played there up until the 2019 summer… Won the championship during the 2017-18 season with the second team.

Personal: Majoring in biomedical technology… Born on May 27, 1998… Son of Bert van de Beld and Aniek de Boer-van de Beld… Has three younger brothers – Ruben, Mathijs and Thymen… Played tennis when he was young…  Enjoys coding and small IT projects… Is interested in the application of computational science in the medical field… Skipped a year in elementary school.