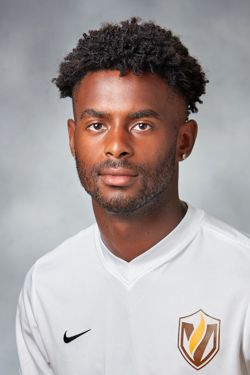 2018 (East Tennessee State): Played in 14 games and made 11 starts… Registered two assists while logging 762 minutes… Had his first career assist in the 80th minute of a 2-1 victory over Marshall on Oct. 3. He helped on a goal that tied the game at one before ETSU took the lead 57 seconds later… Assisted on ETSU’s first goal of an eventual 2-1 victory over Belmont on Oct. 23 in the team’s home finale.

2017 (East Tennessee State): Played in 14 games and made eight starts as an outside back… Totaled 739 minutes during the season… Contributed to four of ETSU’s nine shutouts when starting backline, including all 93 minutes of a 1-0 overtime win at Appalachian State where his team held the Mountaineers to five total shots and no shots on goal… Started as a defender in a 1-0 shutout win at Liberty, a team that ranked sixth in the nation in goals per game and had not suffered a scoreless game entering that contest.