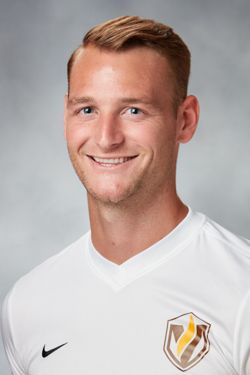 2018: Earned second-team Google Cloud Academic All-American honors by CoSIDA thanks to his efforts on the field coupled with a 4.0 GPA… Became the first Valpo player to earn CoSIDA Academic All-American honors since Todd Vervynckt in 2013… Also earned CoSIDA Academic All-Region and MVC Scholar-Athlete First Team recognition… Made 14 starts as part of a Valpo defense that permitted just 21 goals during the season, a mark that ranked tied for eighth in program history for fewest goals allowed in a single season… Helped the team rack up six shutouts… Had six shots during the season… Was honored at the Valpo Athletics year-end awards banquet when he received the Bill Steinbrecher Sportsmanship Award, which is given out annually to the male student-athlete who best exemplified integrity and sportsmanship while representing Valparaiso University.

Prep: Three-year varsity starter... third place in the state 2011-12... Helped Friendswood High School to three district championships during his prep tenure... Was first-team all-district as a sophomore, Team and District MVP as a junior, first-team all-region as a junior and second-team all-state during his junior campaign.... Finished high school with a perfect 4.0 GPA.... Member of National Honor Society and Principal's List.