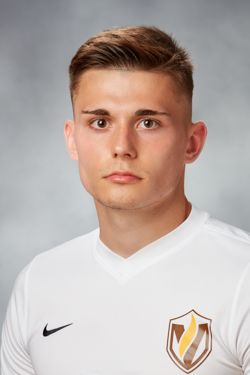 Parkland (2018): Was a second team Scholar All-American… Earned Region 24 First Team All-Region status… Was named the Parkland Male Scholar Athlete of the Year… Started all 14 matches he appeared in at defensive back… Assisted on goals in four separate matches… Started in five of Parkland’s shutouts… Was an NJCAA Second Team All-Academic honoree.

Prep: Was a four-year letter winner… Earned 2017 All-American Honorable Mention status after being named the 2016 News Gazette Player of the Year… Was an all-state honoree as a junior… Was a three-time Big 12 all-conference honoree… Selected to the QND All-Tournament Team… Was a member of National Honor Society, his school’s valedictorian and an academic all-conference selection.

Personal: Son of Andrew and Kimberly Norton… Majoring in economics and mathematics… Has two brothers, Chase and Samuel… Born on May 22… Participated in chess club in high school and is a member of the philosophy club at Valpo… Hobbies include cooking, videogames and reading… Enjoys novels and philosophy.