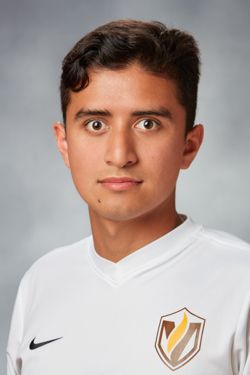 2018: Played in all 17 games and made 15 starts… Earned All-MVC Honorable Mention recognition after being named a Preseason All-MVC selection prior to the year… Enters his senior season with 10 goals, eight assists and 28 points in his career, needing one more assist to crack Valpo’s all-time Top 10… Scored one goal and had three assists to total five points while taking 21 shots and placing nine on goal… Achieved his first point of the season by providing an assist on a Lucca Lacerda goal in a 2-0 win over Bradley on Oct. 13… Followed that up with a three-point performance on Oct. 20 vs. Central Arkansas as he had one goal and one assist in a 2-2 draw with the Bears… Assisted on Valpo’s lone goal of the MVC Tournament as his initial shot was saved before Tyler Curylo finished off the rebound. That tied the game at one, but Drake eventually prevailed 2-1 in overtime.

2017: Started all 18 of Valpo’s matches… Enjoyed a breakout sophomore campaign, scoring nine goals to share the team lead while also pacing the squad with 22 points, both of which rank seventh in single-season program history… Became just the second Valpo player since the start of the 2002 season to accumulate 20 points in a year…. Turned in the ninth hat trick in program history in a 5-2 win over Western Illinois, Valpo’s first hat trick in a road match since 1985.

2016: Appeared in 18 of Valpo's 19 matches, made four starts and dished out two assists in his first season as a Crusader. Fired off eight shots, four of which were on frame... Did not play in the first match of the season at Loyola, then saw action in every fixture the rest of the way... Made his collegiate debut on Aug. 29 at SIUE with 12 minutes as a reserve. His minute total increased in each of the next four matches... Made his first career start on Sept. 27 at Eastern Illinois... Made his second start on Oct. 18 and registered his first career assist and point, helping on a Steffen Pulinx goal in the 67th minute of a 2-0 victory at Fort Wayne... Made his first career Horizon League start on Oct. 29, a 5-0 victory over Northern Kentucky. That also marked the first Brown Field start of Garcia's career... Picked up the only assist of the match in a 5-0 win over IUPUI on Oct. 31. Garcia assisted on the third goal of Kendan Anderson's hat trick, the fastest hat trick in NCAA history (1:21)... Started in a Horizon League Tournament match at Milwaukee on Nov. 7.

Prep: A four-year letter winner for the Eagles ... helped team to two conference titles ... played club soccer for the FC Dallas Premier 98B team ... during his time at the club, has won Dallas Cup title, as well as state and regional championships ... competed at the USYSA Club National Tournament multiple times.

Personal: Son of Jose and Dora Garcia ... major is business.