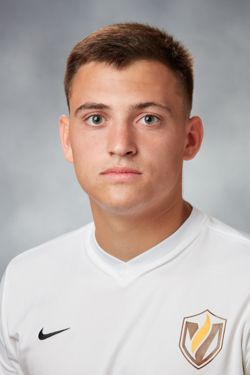 Before Valpo: Named the Indiana Soccer Coaches Association Player of the Year following his senior year of high school… Also named the Gatorade Indiana Boys Soccer Player of the Year and was a first-team all-state selection… Earned Duneland Athletic Conference MVP honors after leading the Trojans to a 21-0-2 mark and the 3A state championship as a senior… Was a key cog in a Chesterton defense that yielded just 14 goals in 23 games while also scoring seven goals and contributing an assist during the 2018 season… Was a two-time Indiana State Cup club champion with Indiana Elite FC… Was a three-year letter winner for the Chesterton basketball team… Member of National Honor Society.

Personal: Born on Jan. 15… Son of Kelly Wilson and Brian Eaton… Has a sister, Taylor, and a brother, Charlie… Hobbies include traveling the world.