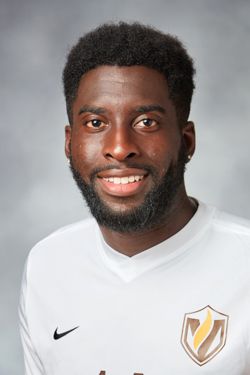 2017: Saw action in 13 matches and started 10 times in his first season as a Crusader… Only shot of the season came on Oct. 21 at Central Arkansas… Made his debut on opening night, starting Aug. 25 at Northwestern.

Personal: Enjoys playing dominoes and interacting with friends... Majoring in marketing and minoring in finance... Born on Oct. 25, 1996... Son of Carla Rolomso and Milverton Brooks.