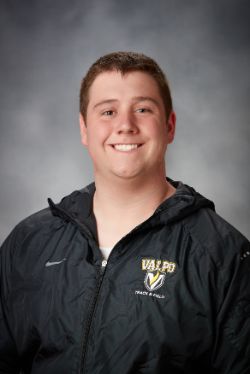 2018: He finished fifth at indoor MVC Championships in the weight throw with a distance of 60-9…He began his senior outdoor season by scoring points in a pair of events. Recorded a 169-2.5 ranking fourth in the hammer, while his discus toss of 147-6 clinched a seventh-place finish… On May 13 at the outdoor MVC Championships, he secured a Top 10 finish in the discus, his throw of 150-10 placed him ninth overall… Received MVC Scholar-Athlete honors for the indoor season.

Personal: Son of Kelly and David Guzek…majors are business management and sport management, minor in Spanish.