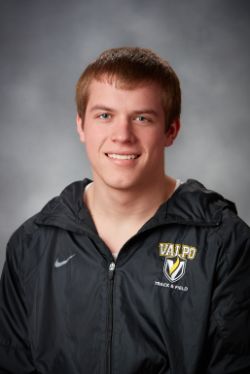 Prep: Selected as the Cougar's Most Valuable Runner his junior and senior seasons ... holds school records in the 300 hurdles (42.21 seconds), 110 hurdles (16.1 seconds), and 4x800 relay (9:08) ... four-letter winner and MVP as a member of the soccer team ... earned two letters in basketball ... selected as the Male Athlete of the Year for this senior season ... member of the National Honor Society.