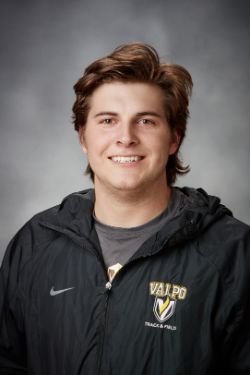 2017: Led the team in the javelin throw with a career-best 176-9, which came on May 5 in the Horizon League Championships, earning him a fifth-place finish... Named the Horizon League Men's Field Athlete of the Week on April 19 after throwing the javelin 172-3 for a third-place finish out of 53 participants at the Benedictine University Relays... Became the first Valpo men's track and field athlete to earn a Horizon League weekly honor since Justin Zosso on Feb. 10, 2015... Became the first Valpo thrower to win the weekly award since Jacob Frey on March 25, 2014.

Prep: One letter for the Wildcats in volleyball…all-conference sportsmanship award winner.

Personal: Son to Angie and Drew McKissick…major is business management.