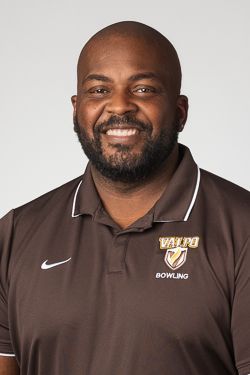 Consistently facing one of the nation's toughest schedules and competing in the nation's toughest league, Washington owns a 294-353 overall record in his six seasons as head coach. Washington's second stint as head coach has been highlighted by a 43-43 record in the 2017-18 season - the program's first season at or above .500 since 2011-12 - while the 2020-21 squad was ranked as high as #19 nationally - the program's highest ranking in his second stint. In February 2022, Washington guided the Beacons against Nebraska in the first national telecast of collegiate bowling in Big Ten Network history.

Washington helped launch the Valpo program from its inception, serving as an assistant coach for the inaugural season as it went 68-46 and finished the season ranked #10 nationally. He then was promoted to head coach for the 2010­–11 season and guided Valpo to a 52-48 record and a #14 ranking to end the year. In his one season as head coach in his initial stint with the program, he coached Natalie Cortese ’12, who was named an Honorable Mention All-American.

Over his seven seasons as head coach, Washington has coached seven Tournament MVPs and 14 All-Tournament Team honorees. His teams have also been successful in the classroom, as under his watch, 29 bowlers have earned All-Academic recognition from the NTCA and Valpo has earned the NTCA's Team Academic Award each of the last five years.