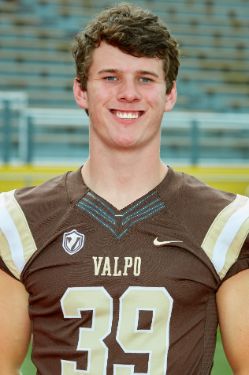 2016: Played in five games as a freshman at Valpo... Made his Crusader debut on Sept. 17 against Trinity International... Member of PFL Academic Honor Roll.

Personal: Son of Scott and Laura Buckey ... major is finance.