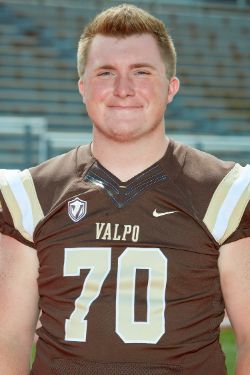 2017: Member of an offensive line that helped Valpo finish tied for 10th nationally in fewest sacks allowed per game at 0.91… Played in eight games and made one start, starting at center in a homecoming win over Stetson on Sept. 30 at Brown Field.

2016: Appeared in one game as a redshirt freshman... Made his collegiate debut on Sept. 17 against Trinity International... Member of PFL Academic Honor Roll.

Prep: A two-year letter winner for the Warhawks...named to Honor Roll seven out of eight semesters at Arrowhead.

Personal: Brady is the son of Darrin and Katie Sullivan ... major is accounting and business analytics.