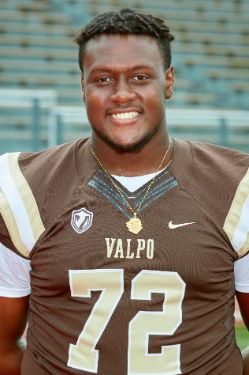 2017: Played in seven games during his redshirt freshman year… Made his Valpo debut on Sept. 2 at Montana.

Prep: Played for the Bengals ... earned team's Newcomer of the Year award as a junior.