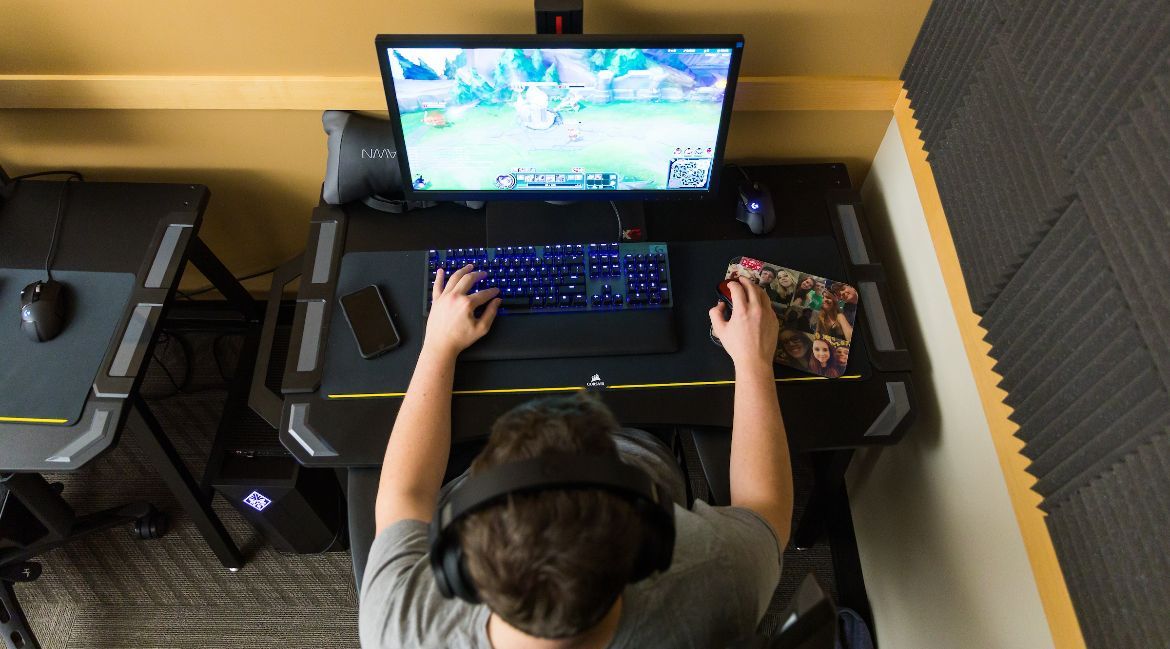 In its first season as a new title within the Valparaiso University esports program, the Valpo Overwatch team reached the semifinals of its conference tournament as the third seed. After starting the season 0-3, the team rattled off six straight wins.

During the winning streak, the team came together to put in significant hard work, turning the season into a memorable one. The team members strived to become better individually while also growing as a unit.

“The team has grown a lot closer over this semester and that has been a big reason why we performed so well as a team,” Overwatch coach Bryce Jones ‘20 said. “One important element of the game that some people may not realize is trust. As a team, we have built trust with each other and have confidence in each other to perform our roles to the best of our ability, which allows us to focus on ourselves and do our best. One of the toughest things is to get back up after being knocked down and after three consecutive losses, I had no clue if we would be able to rebound, but the team and every person on it exceeded everyone’s expectations time and time again and came back even stronger.”

Throughout the fall, team members focused on what they could do to improve their gameplay from each match to the next. In addition, the team scouted their opponents by watching their gameplay to determine their strengths and weaknesses.

Valpo fell to Central Methodist University in the semifinal round on Nov. 18, but the team’s strong showing in its inaugural fall helped set the stage for a bright future of Overwatch at Valpo.

“I am proud of our team members more than they can ever know,” Jones said. “They have put me in a position to achieve my wildest dreams and have given me the confidence to always keep swinging no matter how high the bar may be. To Director of Recreational Sports Tristan Leonhard, I know I say this for everyone that is a part of the esports program: You have given people a chance to be themselves and to find a group that they can be safe with. All of our achievements this year so far have been thanks to Tristan and have been done to make him proud. I’d like to thank Tristan for all he has given and done for the students in Valpo esports.”