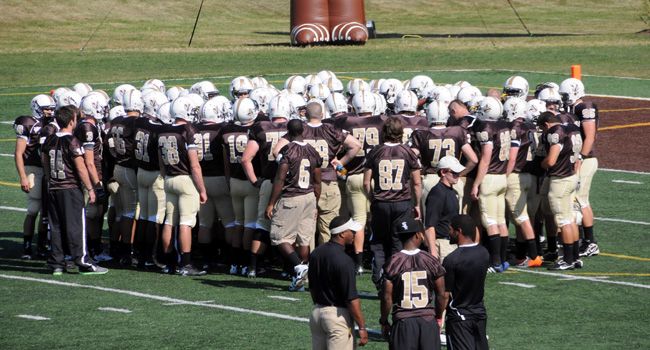 Valpo has been picked 10th in this year's poll. (Ray Acevedo)

Valparaiso University has been projected to finish in 10th place in the Pioneer Football League for the 2011 season according to the preseason balloting done by the league’s head coaches.

Second-year head coach Dale Carlson’s squad returns 42 letterwinners from last year’s squad, including six starters on each side of the football.

Jacksonville, a co-champion in the PFL in 2010, was the near unanimous choice to repeat this season, garnering eight of the 10 first place votes.  Dayton, which shared the league title with Jacksonville one year ago, and Drake picked up the other two first place votes and were tabbed second and third respectively.  San Diego and Butler round out the top half of the poll.

Morehead State was selected sixth by the coaches with Campbell, Marist, and Davidson just ahead of the Crusaders.

Ballots were tabulated with nine points awarded for a first place vote, with one point less being awarded for each succeeding place.  Coaches were not allowed to vote for their own school.

The Crusaders will open up their 2011 season on Saturday, Sept. 3 as Valpo hosts Franklin on Communiversity Day at Brown Field.  Kickoff is set for 7 p.m.