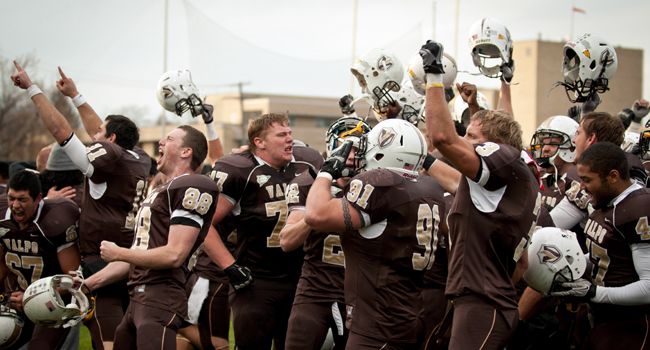 Valparaiso University had 32 members of its football program named to the Pioneer Football League’s Academic Honor Roll for their work in the classroom during the Fall 2011 semester, nearly doubling the number of student-athletes from the 2010 season.

“One of my goals when I started here at Valpo in 2010 was to raise the team’s grade point average,” head coach Dale Carlson said.  “By seeing the increase in the number of players on the PFL Academic Honor Roll, it shows we are headed in the right direction.”

The PFL athletic directors and coaches established the honor roll as a way to recognize the league’s outstanding student-athletes.  The academic honor roll consists of student-athletes who have participated in football at a member institution during the fall semester and posted a 3.0 grade-point average or higher while enrolled in classes full time.

The following represent Valpo’s members of the PFL Honor Roll: