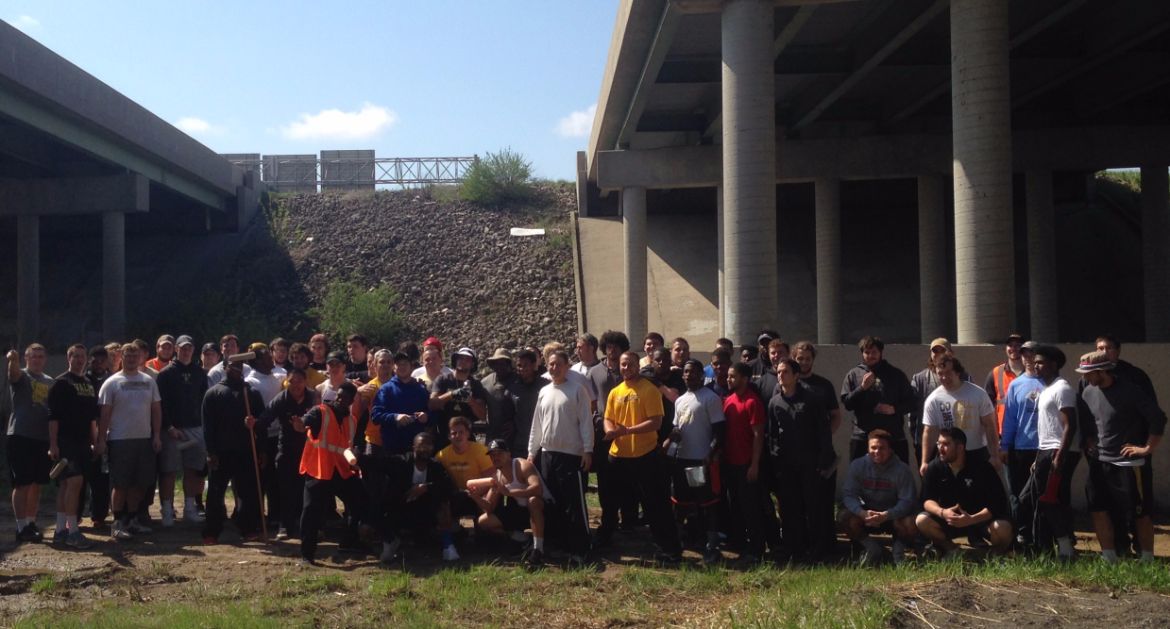 The Valpo football team took advantage of a beautiful spring day to make its surrounding community a better place to live Saturday. The team, led by head coach Dave Cecchini, polished up an overpass on Indiana 49 that was deemed a low priority by the City of Valparaiso Public Works Department.

The overpass, located where Highway 49 connects with Comeford Road, had been ravaged by graffiti. The Brown and Gold tackled the derelict structure with great aplomb, though.

"The City of Hobart was gracious enough to donate 52 gallons of paint to cover up the graffiti that has been building up on the overpass. Any future graffiti can be easily - and neatly - covered up utilizing this same paint. The department has also allowed us to purchase aluminum paint to mask the existing, aging guardrail," Cecchini said.

Cecchini praised his players for the man hours contributed by the team. All in all, the 2015-16 football squad has accumulated over 1,000 hours of community service hours.