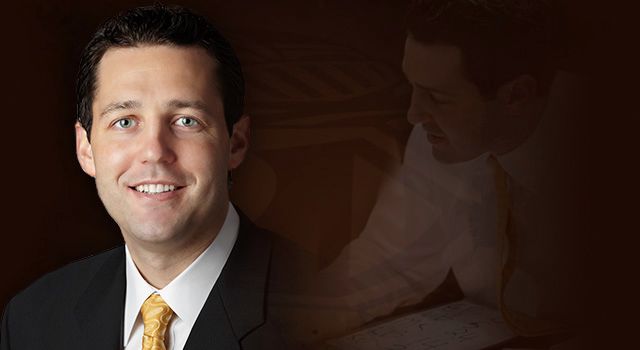 Valparaiso University Director of Athletics Mark LaBarbera announced today that Bryce Drew will continue with the Crusaders, where he started his career as both a player and a coach.

“We are thrilled to have a coach of such high caliber for our men’s basketball team,” said Mark A. Heckler, Ph.D., president. “Bryce Drew demonstrates extraordinary leadership, integrity and character, and I am confident he will continue to develop Valpo student-athletes who exhibit these same characteristics.”

“Bryce Drew has shown himself to be one of the exceptional young coaches in college basketball,” said LaBarbera. “His outstanding record clearly shows his ability to recruit and lead talented student-athletes. We are grateful for Coach Drew’s dedication to Valparaiso University and excited that he will continue in a leadership role here for the foreseeable future.”

Earlier this season, Drew became the fastest head coach in Valpo men's basketball history to reach 50 career victories, and he enters this weekend with a record of 55-25 (.688) at the helm of the Crusader program. Drew is one of just three coaches in Horizon League history to lead teams to regular season titles in each of their first two seasons as a head coach. He currently sits as the fourth-winningest coach in league history in terms of career winning percentage as well.

Prior to his appointment as head coach, Drew was a member of the Valpo coaching staff for six years as an assistant and then as associate head coach of the men’s basketball team. During that period, Valpo moved into the Horizon League in 2007-2008 and advanced to the postseason on two occasions.

“I love coaching at Valparaiso University. The leadership on our campus radiates what is exceptional about collegiate athletics and the college experience. I feel extremely blessed to work under such great leadership and for such a great university,” Drew said. “I definitely have a place in my heart for Valpo.  Growing up I remember enjoying watching my dad and brother put their passion into building Valpo’s basketball program. Being a Valpo student athlete, I was able to experience everything about the university hands on. With all of that experience here coming to work does not feel like a job but a part of who I am.”

Drew graduated from Valparaiso University in 1998 and was a four-year starter on the men’s basketball team, leading Valpo to the Sweet 16 of the 1998 NCAA Tournament. He spent six seasons in the NBA with the Chicago Bulls, Houston Rockets and Charlotte/New Orleans Hornets, and he played one year professionally overseas before joining the Valpo coaching staff.