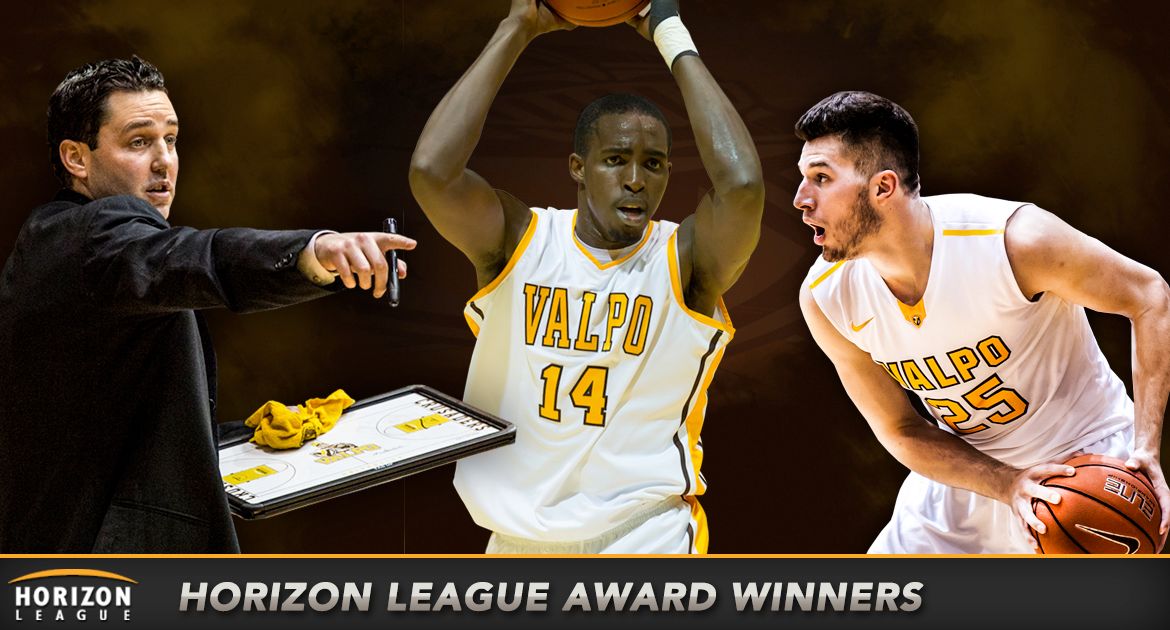 It was like déjà vu for a trio of members of the Valparaiso University men’s basketball program on Tuesday as the Horizon League announced its postseason awards. Senior center Vashil Fernandez (Kingston, Jamaica/Princeton Day [Md.] Academy) repeated as the Horizon League Defensive Player of the Year and on the All-Defensive Team, while junior forward Alec Peters (Washington, Ill./Washington) earned a spot on the All-League First Team for a second straight year. Meanwhile, head coach Bryce Drew was tabbed the league’s Coach of the Year – the third time Drew has earned the honor in his five seasons.

Fernandez earned his second straight Defensive Player of the Year plaudit – the first player in Horizon League history to earn the honor twice – after putting together another stellar season on the defensive end for the Crusaders. Fernandez, who was Valpo’s lone representative on the All-Defensive Team from a top-five defense nationally, ranks fifth nationally with 3.1 blocked shots/game and leads the nation in block percentage at 13.8%.

Peters repeats on the All-League First Team – the only Crusader to earn First or Second Team recognition from a squad which went 16-2 in league play and won the regular season title by three games – after another terrific, efficient season. A three-time league Player of the Week and CBS Sports National Player of the Week on Feb. 22, Peters averaged 17.5 points and 8.3 rebounds per game during the regular season. The junior hit at a 50.3% clip from the field, was a 45.8% shooter from 3-point range and knocked down 85% of his free throw attempts.

Peters enters the league tournament once again ranked among the nation’s most efficient players, as he currently sits seventh on Ken Pomeroy’s Offensive Rating chart (>20% possessions) – one of just two players to have ranked in the top-10 each of the last two seasons. He has especially stood out down the stretch, averaging 22.2 points and 11.2 rebounds per game on 57.1%/53.3%/85.2% shooting over the last five games – all five of which the Crusaders won in securing the league regular season championship.

Drew earned Coach of the Year accolades for the third time in his five years at the helm of the Crusader basketball program.  With a bullseye on the team’s back throughout the season, Drew has guided Valpo to 26 wins already this season – tied for second-most in a single year in program history, behind just last year’s record-setting 28 victories. Picked to win the Horizon League in the preseason by the vast majority of voters, Drew led the Crusaders to that goal with ease, as Valpo claimed the league regular season crown by three games – the first team to do so since the 2009-10 Butler squad.