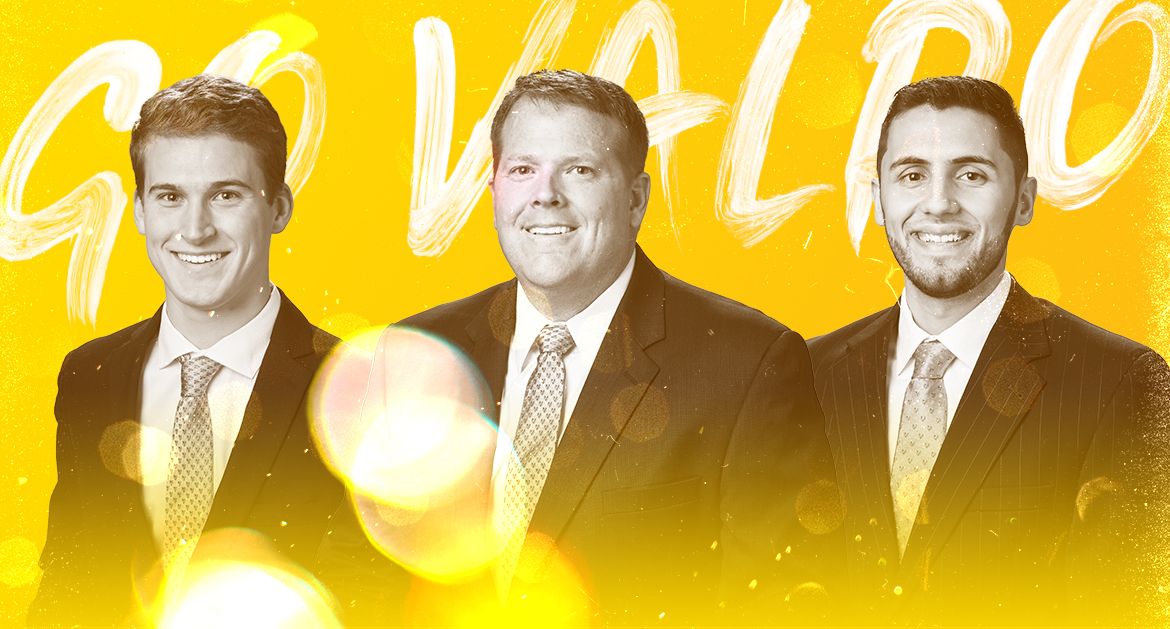 A trio of familiar faces have accepted elevated responsibility on the Valparaiso University men’s basketball staff as head coach Matt Lottich has announced a series of promotions, headlined by Matt Bowen moving into an assistant coaching role.

Bowen has strong ties to the Valpo basketball program as he spent four seasons on staff from 2002-2006 before returning as the Special Assistant to the Head Coach/Director of Basketball Operations for the 2018-19 campaign.

“Coach Bowen has a great basketball mind and has proved himself as a valuable asset to our program,” Lottich said. “We’re thrilled to provide him with the opportunity to make an even greater impact on the present and future of Valpo basketball. Coach Bowen knows and understands the values and traditions of this program, and his basketball and institutional knowledge will serve him well as he transitions to an assistant coaching capacity.”

Bowen spent six seasons as the head coach at the University of Minnesota Duluth, helping the Bulldogs crack the NABC Top 25 in January 2016. His 2014-15 and 2015-16 teams posted the school’s highest win total over a two-year period since 2002-03 and 2003-04. Under his direction, UMD ranked among the Top 10 in the nation in fewest turnovers per game for four consecutive seasons.

Before joining the University of Minnesota Duluth, Bowen spent six seasons as the head coach at Bemidji State University. He increased the program’s win total in five of his six seasons, culminating with the 2011-12 team that established a school record for wins in a season. The 2011-12 NSIC Coach of the Year, Bowen recruited and coached 2012 Daktronics NCAA National Player of the Year James Ellisor.

During his first stint at Valpo, Bowen was an assistant coach under Scott Drew for one season and Homer Drew for three years. He helped the team to 70 wins over his four years on staff, including back-to-back Mid-Continent Conference regular season championships, a 2004 Mid-Con Tournament title and a 2004 NCAA Tournament berth. Before his first stint at Valpo, Bowen spent six years as an assistant coach at UAB.

Bowen is a 1995 graduate of Indiana University with a degree in health, physical education and recreation and spent five seasons as a team manager under head coach Bob Knight. He earned a master’s degree in health education from UAB in 1999.

Another name that Valpo fans are sure to recognize will fill Bowen’s former role as Jason Karys has been named the Director of Basketball Operations after spending the last two seasons as a graduate assistant. His graduate assistant role has included preparing scouting reports for the coaching staff and team, co-directing Valpo basketball summer camps, analyzing game and practice film and assisting with the organization of travel and team meals.

Karys, who graduated from Valpo with his bachelor’s degree in sports management in May 2017 and his master’s in sports administration in May 2019, spent three seasons as a Valpo basketball manager from August 2013 to April 2016. During his senior year of undergrad, Karys walked on to the team and played in 11 games while scoring nine points.

“Like Coach Bowen, Jason has great familiarity with Valpo basketball that will be advantageous in his new role,” Lottich said. “He has a tremendous work ethic and has been a fixture in our program since my first season on staff. Jason has excelled in every role he’s held for our team, and we fully expect that to continue as he advances his level of responsibility.”

Peter Funk has moved into the graduate assistant position previously held by Karys. The Cleveland, Ohio native is a 2019 graduate of Valparaiso, where he earned his bachelor’s degree in Spanish with a minor in communication. He is currently pursuing a master’s in sports administration from Valpo. Funk spent the last three seasons as a student manager for the program, including the 2018-2019 campaign as the head manager.

The aforementioned trio will be joined on Lottich’s 2019-2020 staff by associate head coach Luke Gore and assistant coach Rob Holloway. Todd Townsend stepped down from his position as an assistant coach for family reasons.