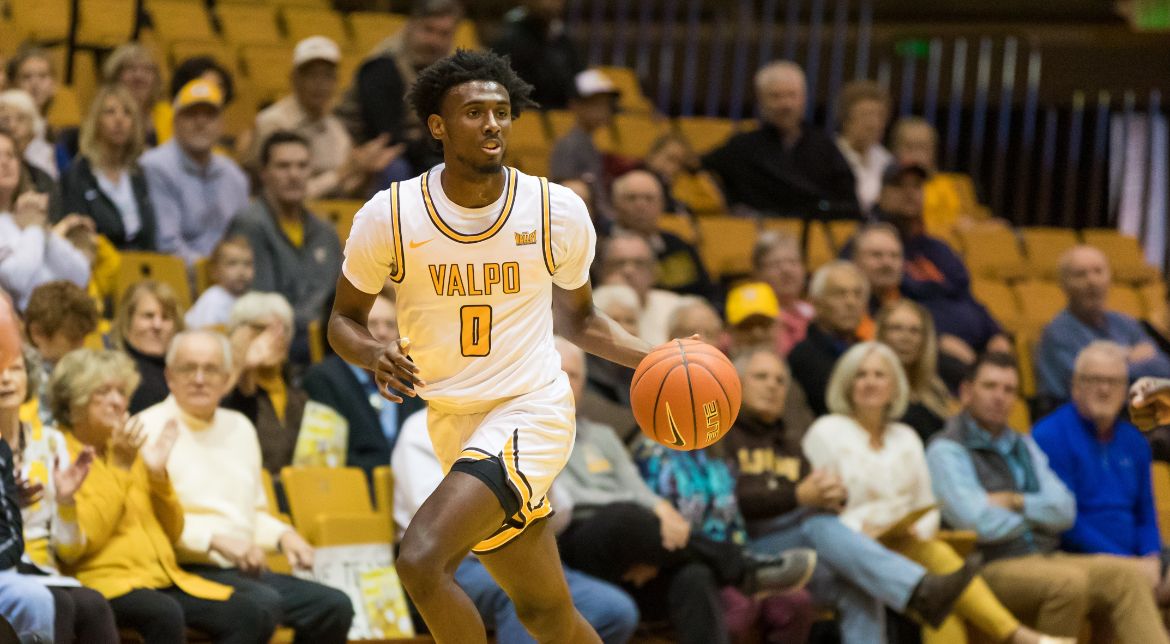 This adds another honor to the list of season accolades for Freeman-Liberty, who was also named the Missouri Valley Conference Player of the Week on Nov. 18. Prior to the year, he was a Preseason All-MVC Second Team choice.

Freeman-Liberty nearly willed his team past American Conference foe Cincinnati in Monday’s Paradise Jam third-place game, scoring a career-high 32 points to help the Brown & Gold come from 12 down to force overtime in an eventual 81-77 defeat.

For the tournament, Freeman-Liberty averaged 25.0 points and 5.7 rebounds per game while handing out eight assists and grabbing nine steals over three games in St. Thomas, U.S. Virgin Islands. He has scored 20 points or more in five straight games, and accumulated 19 points or more in all seven games so far this season. He’s averaging 23.4 points and 6.9 rebounds per game through seven contests.

Valpo will play a nonbracketed game that counts as part of the Paradise Jam at 7 p.m. on Wednesday night at the Athletics-Recreation Center against Trinity Christian College.