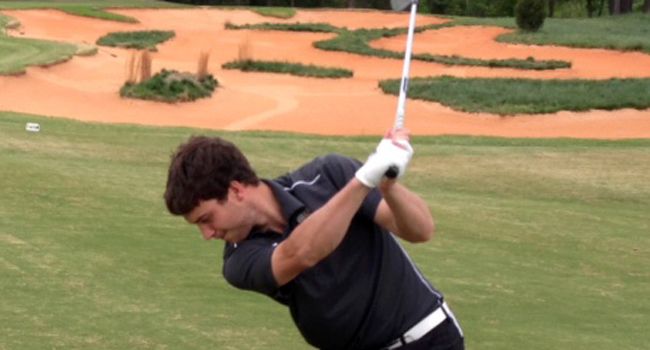 The Valparaiso men’s golf team finished the opening day of its defense of the Horizon League Championship Friday in fourth place after the opening 18 holes from Mission Inn Resort & Club in Howey in the Hills, Fla.

The Crusaders posted a team score of 309 on Friday to finish the day in fourth place in the tightly-packed field.  Valpo is just four strokes back of third place and just nine shots behind leader Cleveland State.  The Vikings’ Michael Balcar is tied with Detroit’s Spencer Lendzion atop the individual standings, as the pair each shot rounds of 71 to open the tournament.

“We played respectably through the first twelve holes of the round,” said Crusader head coach David Gring.  “We struggled down the last six holes as a team, playing them eleven over par.  Despite some challenging finishing holes, the guys know that we need to finish strong in each of the three tournament rounds.”

Freshman Peter Webb (Madison, Wis./James Madison Memorial) opened his first league tournament with a round of 81 to end Friday tied for 27th place.  Junior Joe Harris (Washington, Iowa/Washington) rounds out the Crusaders’ quintet of golfers, closing the day in 33rd place after shooting 88 over the first 18 holes.

“Our par-5 scoring needs to improve in the next two days, and we also need to make more putts at critical times,” said Gring.  “Momentum can take off when we are converting bogeys to pars and pars to birdies.  I told the guys that we have three rounds to play over three days - we can't win the tournament after the first round.  We have some positive points to build on, and we will look forward to tomorrow's second round.”