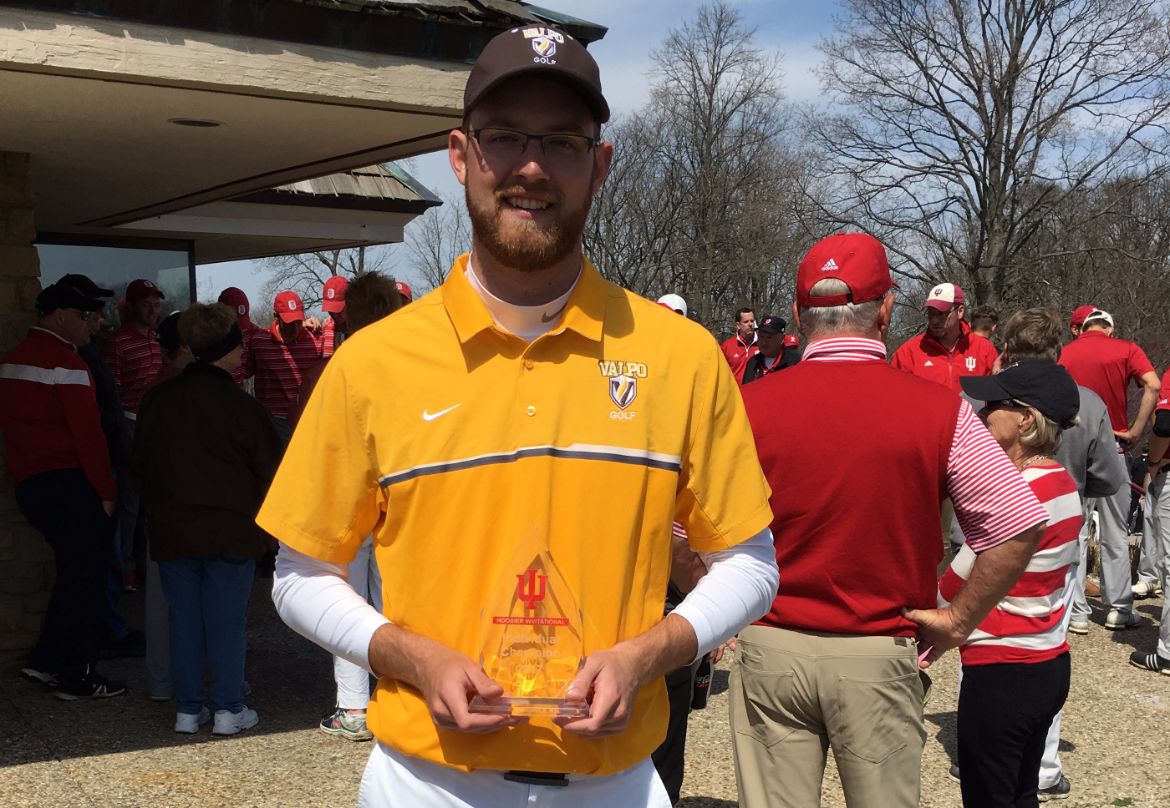 Senior Peter Webb (Madison, Wis. / James Madison Memorial) enjoyed the most memorable weekend of his collegiate career at the Hoosier Invitational in Bloomington, becoming the first Crusader to win medalist honors since September 2014. Webb had a five-stroke lead entering Sunday’s final round, and posted a 73 in the final 18 holes to finish the event with a first-place 54-hole score of 206 (-7), three strokes ahead of Charlotte’s Matty Lamb, who finished second.

"It's important to our team to have improvement in scoring as we progress through each of the three-round tournaments. We closed with our best 18-hole total of the tournament, along with 15 birdies and one eagle. The balance in scoring was improved today and this still needs to improve for us as we progress through these spring tournaments."
"Nick, Michael and Adam all finished the tournament with their best round today. It was good to have four scores at and under 74 and we need to have this type of production during all three rounds."
"It was a special day for Pete and for his parents and brother to be able to watch and enjoy the individual victory was tremendous!  Peter drove the ball well all weekend, hit a lot of greens in regulation and got the ball close to the hole. When you combine that type of ball-striking and making a number of putts from 10-15 feet, it was the right combination for scoring low. Peter has worked on his game very diligently this spring and it is really paying off for him at this time."

The Crusaders face a quick turnaround as they make their way to Dayton, Ohio for the Wright State Invitational, which begins on Monday at Miami Valley G.C.