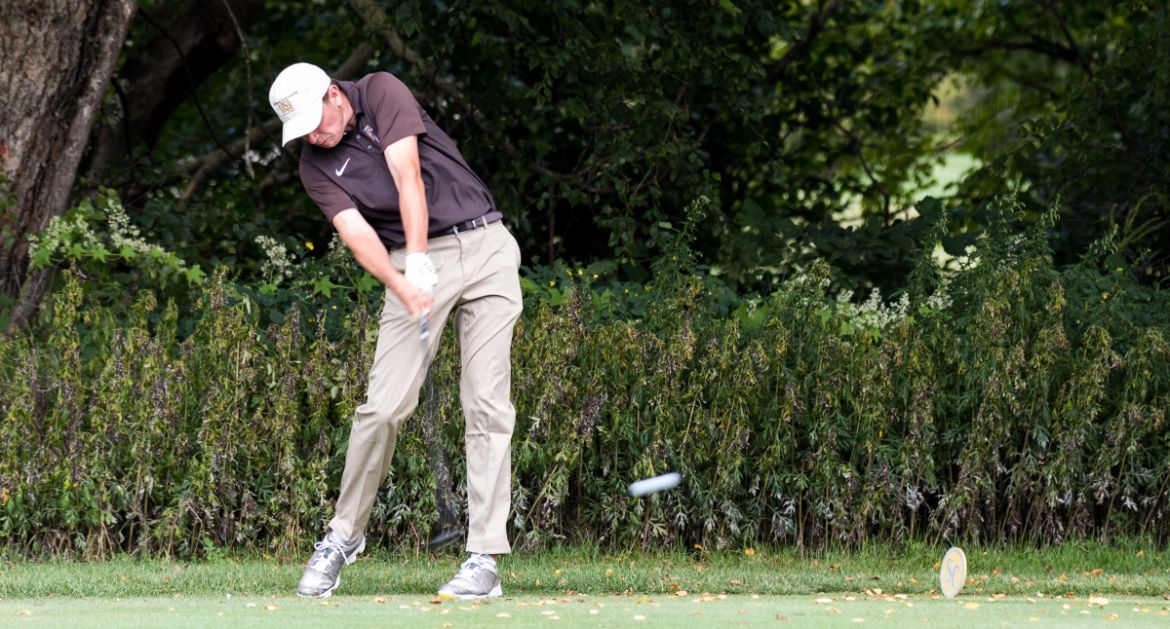 The Valparaiso University men’s golf team finished with a 54-hole team score of 921 at the Crusader Collegiate following Wednesday’s third round, placing third in the event. Valpo rounded out the tournament with its best round as a team, posting a 300 on the final day of competition at Sand Creek Country Club in Chesterton, Ind.

“It was a thrill for all four teams to be in the hunt with about six holes remaining. All of the players and coaches were very engaged in the event since the scoring was so close. Even though the steady rain on the front nine made most of the holes quite challenging, the guys played hard, all the way down to the final hole."

"The Crusader Collegiate is our only home tournament of the year and I was very pleased with how our team performed along with our ability to host our competitors in the event. I'm grateful to our volunteers, the Athletic Department and the family and friends who came out to support us. Our friends at Sand Creek Country Club were fantastic to work with and the golf course was in amazing shape the entire tournament."

The Crusaders will be back on the course on Sunday as they compete in the Golfweek Program Challenge, which runs through Wednesday at True Blue GC in Pawleys Island, S.C.