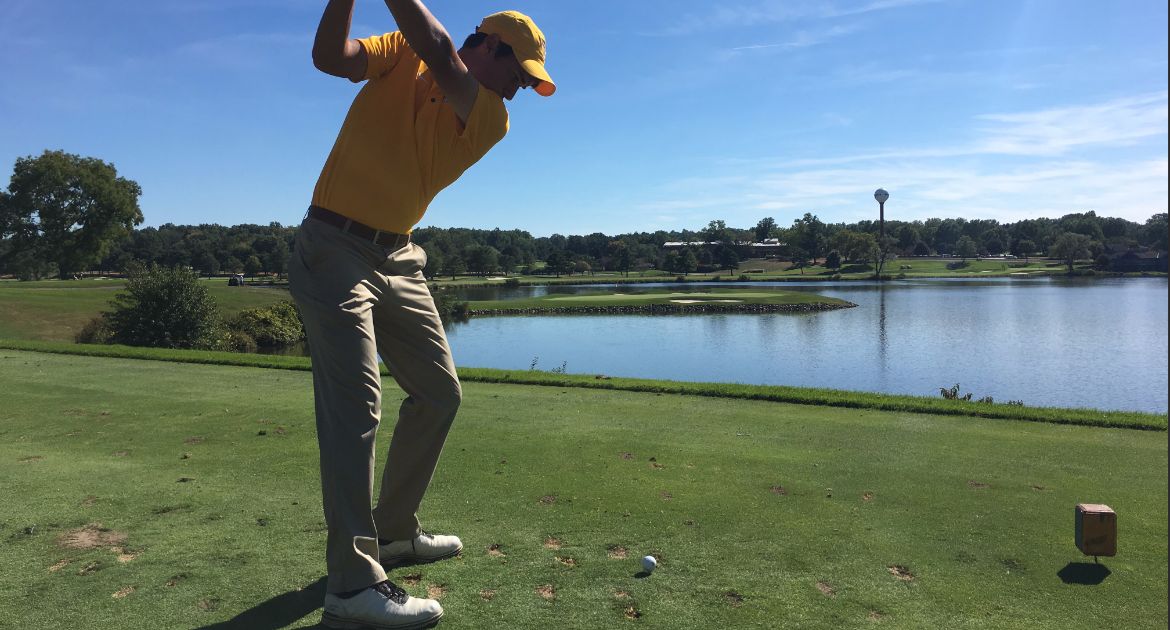 Michael Doherty had seven birdies over three rounds this week.

“It was a tough tournament for us. We didn't play anywhere close to how we had prepared, but I applaud the guys on putting in the effort and playing hard all three rounds. Our shot execution simply wasn't there for this tournament, even though I felt our course management was fine. It's challenging to have a plan in place and not be able to execute, but it's another learning experience that we can add to our season schedule."

“One item that has been good to see is the reduction of double bogeys or higher in our rounds.  We discussed that after our last two tournaments and we now have had three or less double bogeys in three out of our last four rounds. The guys are playing even more to their strengths and that is evident in eliminating the big holes. We only had two double bogeys in five rounds today."

"Our biggest struggle with today's rounds was on the putting green. We simply had a lot of putts that would not drop and hit the edge of the hole. The guys were hitting the spots on the greens from their reads, but we couldn't get the putts to drop. The greens weren't even as fast as our home course and the guys did pretty well with their speeds, just not quite well enough."

"Michael led the way for our team with seven birdies over the three rounds. He drove the ball well today and hit a good amount of greens, but could not get the putts to drop, coming up just short on a lot of them."

The Crusaders will be back on the course on Monday, Oct. 16 and Tuesday, Oct. 17 for the final tournament of the fall season, the Detroit Titan Motown Classic. The event will be held at Prestwick Village Golf Course in Highland, Mich.