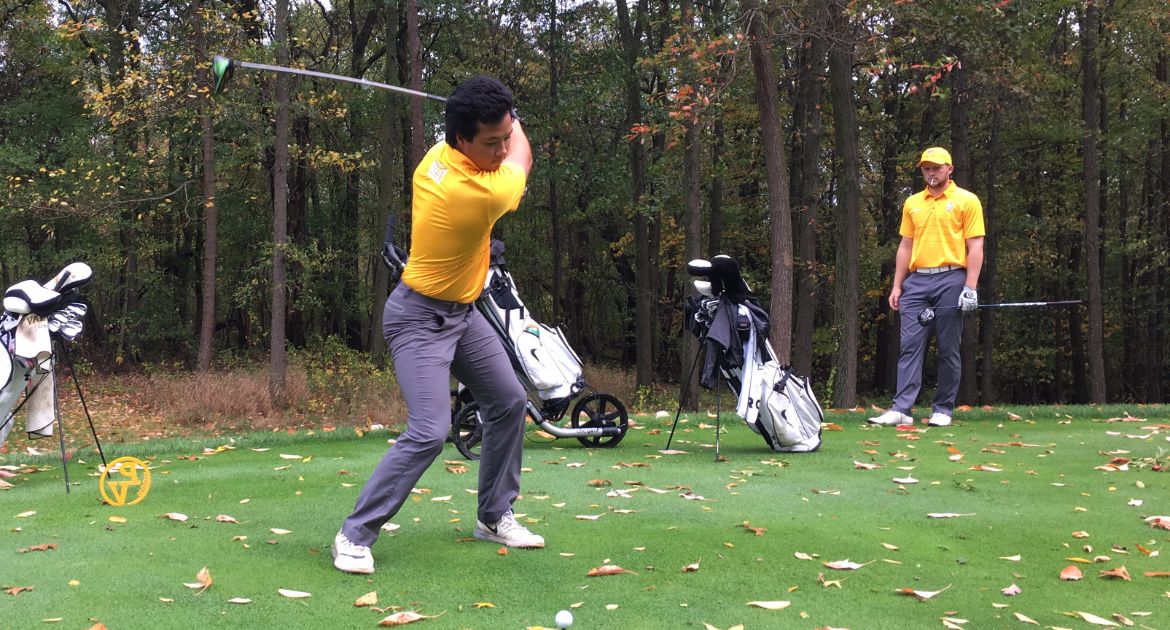 Jeremy Wu stroked a career-best 72 in Round 2 on Monday.

Sophomore Jeremy Wu (Medford, Ore. / St. Mary’s) and freshman Brett Seward (Aurora, Ill. / Aurora Christian) paced the Valparaiso University men’s golf team on Day 1 of competition at the Titans Motown Collegiate on Monday. The Crusaders are in fourth of six teams in a tightly-contested field at the event, which is being hosted by Detroit Mercy at Prestwick Village Golf Course in Highland, Mich.

“I was encouraged today by more balanced scoring among the guys on the team in both rounds.  It was good to see a number of low to mid 70s on the scoreboard. The guys definitely left a number of shots out on the course, but I feel that we continue to move forward with a more consistent approach in our decisions on the course and scoring results.”

“Our birdie production was better in the second round and we led the tournament field in total birdies for the first two rounds. Mitch, Jeremy and Brett had a good day with their subpar holes and those guys made a lot of good club choices and areas of the green to hit. We need to have more putts drop tomorrow and our birdie production could be fantastic - the opportunities are out there. I liked our aggressiveness on the Par 5s and we really took advantage of the Par 5s during the second round.”

“Jeremy and Brett both had a lot of pars and they avoided the big hole numbers pretty well. Both of the guys hit a lot of greens in regulation and they gave themselves a lot of opportunities to make birdie. I felt their patience and demeanor were very good, especially for a full day of 36 holes.”

The Crusaders close out the fall season with Round 3 of the Detroit Titan Motown Classic on Tuesday at Prestwick Village Golf Course in Highland, Mich. A link to live scoring is available on ValpoAthletics.com.