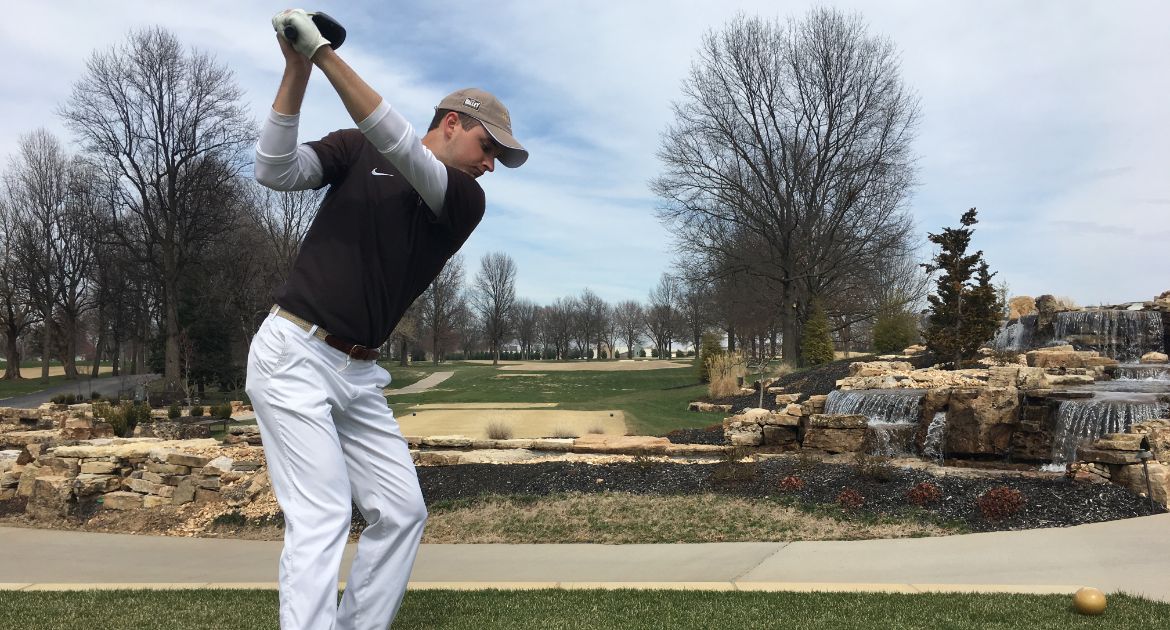 The Valparaiso University men’s golf team had an impressive showing in the second round of the D.A. Weibring Intercollegiate on Saturday at Weibring Golf Club in Normal, Ill. The Crusaders trimmed 24 strokes off their team score from the opening round with a 297 in Round 2, one of six teams in the 17-team field to go sub-300 in the second round.

“In our morning round, we struggled to find any rhythm, starting the round slowly and never getting any momentum. Our birdie production was very poor, with only five during the round and three of those coming late in the round.  Even though we had to play through a very cold and windy start to the day, we still needed to get the round started more efficiently."

“In the afternoon round, we played the Par 3s and Par 5s slightly better, but the real difference was a big improvement in the Par 4s. Our ball-striking was much better; we hit a lot more approach shots closer to the hole and our birdie production improved, with 13 in the second round. We had a very good start to the second round and played the front nine even par as a team.”

“The guys really impressed me today with bouncing back from a poor performance in the first round to a very solid second round. The wind shifted almost 180 degrees from the morning round, the guys adjusted well to that wind change on the golf course and played very smart, despite 25-30 mph winds almost all day. The conditions were the most challenging that we had played all year, when you combine wind and temperature. The bounce-back second round was a big confidence boost for us and the guys really stuck with it and stayed focus, despite a lot of adversity out there.”

“Mitch's ball-striking seems to keep getting better almost every round this spring. He is really playing with a lot of confidence. When you combine a terrific short game with excellent ball-striking, you're going to have some real good results and all of that is trending well for Mitch.  He gave himself a lot of birdie opportunities and that is always going to pay dividends at the end of the round.”

The Crusaders will round out the tournament with one more round on Easter Sunday at Weibring Golf Course in Normal, Ill. Live scoring is available via BirdieFire.