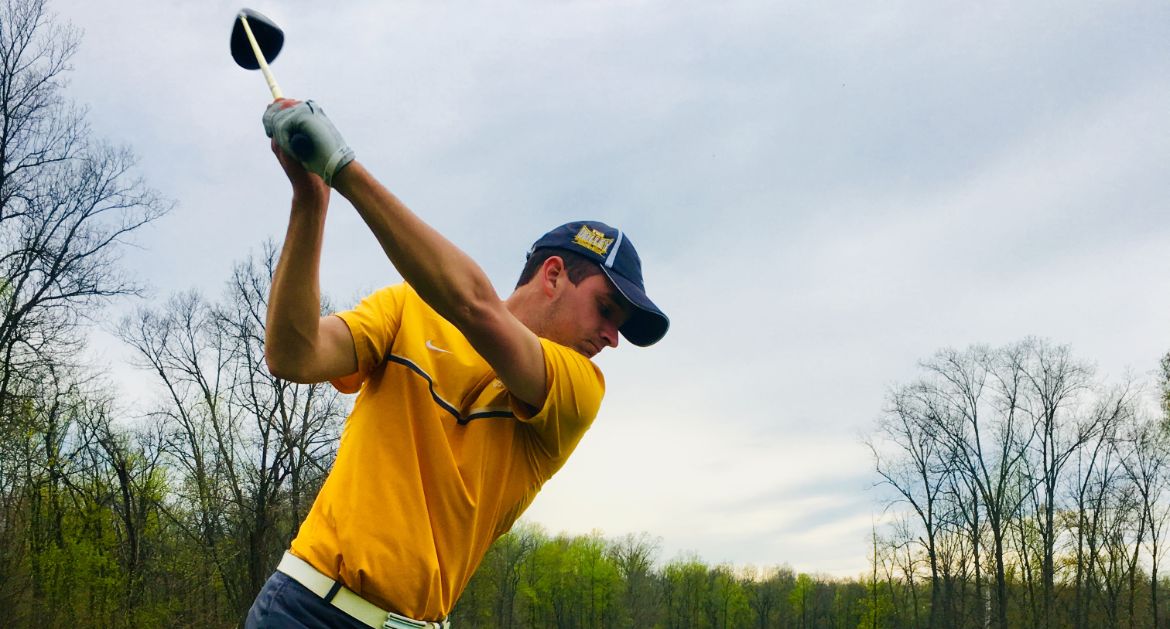 Mitchell Wittmann is tied for fifth with one round to go in the MVC Championship.

The Valparaiso University men’s golf team competed in its first day of MVC Championship activity at Dalhousie Country Club in Cape Girardeau, Mo. on Monday. The Crusaders posted the second-best Round 2 score in the nine-team field behind only tournament leader Bradley. Mitchell Wittmann (Kaukauna, Wis. / Kaukauna) is tied for fifth in the 45-player tournament.

“We talked about the importance of starting the tournament well, especially with our players opening Round 1 on the toughest part of the course. The guys responded well to the challenge and seemed to settle in well. The weather was the most inclement of the day to start the round, with a lot of rain and wind, but they didn't let that bother them. We struggled finishing Round 1 and we lost some good ground over the last four holes.”

“We lost some good momentum finishing the first round, but the guys bounced back quickly and had a solid start to the second round. When we made the early turn to the front nine, the team played well, with eight birdies. The guys hit a lot of fairways and greens and we had a lot of looks at birdie. We couldn't get the putts to drop in the early part of the first round, but we made a lot more in the second round. We kept the double bogeys to a minimum, and that helped our team score in the afternoon round.”

“I was very impressed with the team really digging in during the second round and showing a lot of character to keep battling, after a tough first round. The guys never gave up and seemed to almost embrace the poor course conditions.  Our young team has demonstrated that all spring and it paid off today.”

“Michael's ball striking was steady all day, especially off the tee, hitting a lot of fairways. He had a number of good looks at birdie in both rounds, turning in five birdies for the first two rounds.  Brett bounced back very well for us in the second round, shooting even par on the front nine with three birdies. He found a good rhythm in the second round, hitting a lot of greens in regulation.”

The Crusaders will conclude the MVC Championship with the final round on Tuesday at Dalhousie Country Club in Cape Girardeau, Mo. Live scoring is available courtesy of GolfStat.