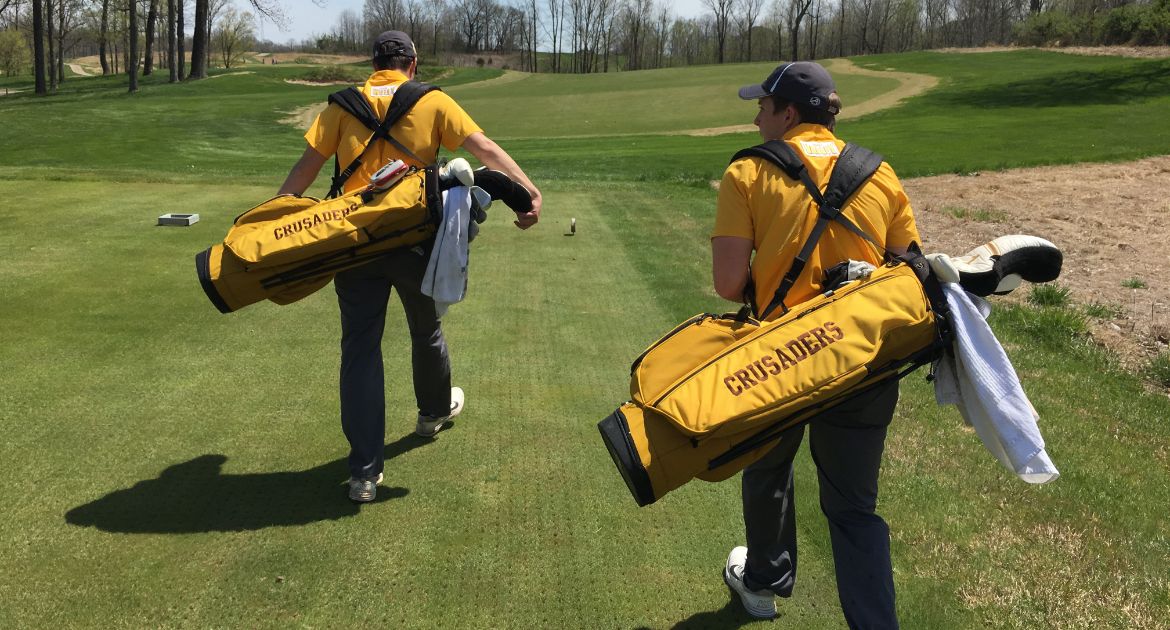 Seniors Zach Cutler and Michael Doherty have closed out their Crusader golf careers.

The Valparaiso University men’s golf team rounded out the 2017-18 season on Tuesday at Dalhousie Country Club in Cape Girardeau, Mo. The Crusaders exceeded expectations in their first MVC Championship, finishing two spots higher than predicted in the Pre-Championship Poll of the conference’s head coaches.

“We had our challenges on the golf course today and the shot execution was simply not there. As good as we played yesterday in the second round with hitting greens and fairways, today we struggled with putting ourselves in the right places on the golf course. All of the intentions were positive, but we didn’t play well.”

“I sensed that the guys were really excited to play the third round, especially after the solid second round yesterday. They seemed a little nervous starting today’s round, with wanting to finish our first conference tournament very strong. We couldn’t get that rhythm going to start the round and the bogeys were outweighing the pars and birdies.”

“Michael’s ball striking was solid again today and he had numerous birdie putts just coming up short, right in the hole. He kept battling the entire tournament and was so close to having a low round today. He seemed to really enjoy playing his last collegiate round and I was very proud of his efforts in this tournament.”

“Michael and Zach were tremendous captains and leaders for us this entire season. They were instrumental in leading the youngest team that we have ever had to date. Anyone that has been a coach knows that it’s difficult to close another chapter of student-athletes finishing their college years. You remember all of the practice, travel, meetings and competition and it brings a smile to everyone’s face. The two of them are more than excited for the next chapter in their stories and they will do exemplary.”