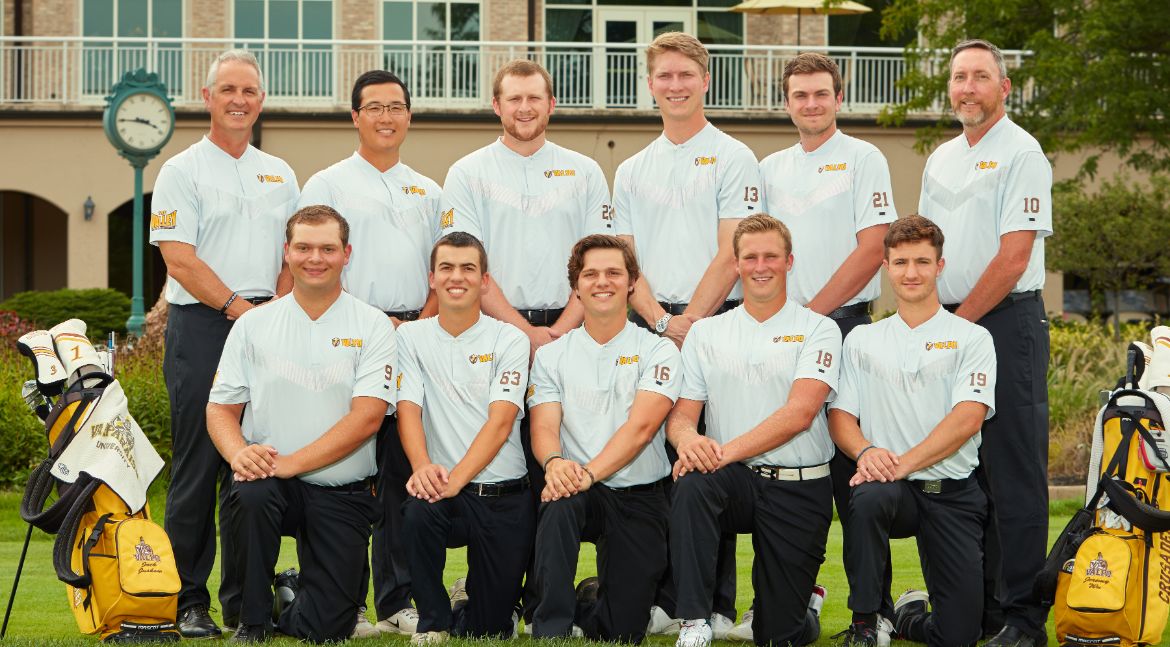 The fourth annual Crusader Collegiate hosted by the Valparaiso University men’s golf team is set to get underway on Monday morning.

Event Info: The 15 teams that comprise a competitive field will make their way to Sand Creek Country Club in Chesterton for an 8 a.m. shotgun start for the first round of the event on Monday. The second round will occur on Monday afternoon, with the third and final round slated for Tuesday with tee times off the first and 10th tees ranging from 7:30-9 a.m. The teams will play a par-72 course at Sand Creek, which was also the home of the 2019 Missouri Valley Conference Women’s Golf Championship. Live scoring will be available via BirdieFire.

Crusader Collegiate History: The event started with a four-team field for each of its first two seasons before expanding to 13 a year ago and now to the largest contingent of competitors in Crusader Collegiate history for this week’s tournament. Bradley is the defending champion and has won the event two of the last three years. The Braves finished as the runner-up to Wright State in 2017.

Starting Strong: Freshman Caleb VanArragon is off to a strong start to his Valpo career. He won the Missouri Valley Conference Golfer of the Week award on Sept. 4 after shooting a 222 (+6) at the Turning Stone Tiger Intercollegiate, tying for 16th in the 88-player field. He helped Valpo finish in the Top 5 of 14 in his first collegiate tournament. He followed that by cracking the 54-hole program record book on Sept. 8 at Air Force. VanArragon turned in a 69 (-3) in the final round to finish the event at 212 (-4), tied for sixth overall. His 212 tied two others for the ninth-best 54-hole score in program history, while he took over sole possession of fifth in Valpo’s record book in 54-hole score in relation to par. He became just the third player in program history to post a 54-hole tournament score of four strokes under par or better, joining Nick Seitz and Peter Webb (three times).

A Look Back at 2018-19: Head coach Dave Gring’s team enjoyed good success while starting two freshmen and two sophomores, setting the stage for a bright future. A pair of freshmen finished first and second on the team in scoring average while both cracking the program’s all-time Top 10 for single-season scoring average. Charlie Toman posted a 73.94 to rank fourth in program history, while Garrett Willis tied for eighth with his 74.52. In addition, a pair of sophomores (Jack Juskow and Brett Seward) completed their second collegiate seasons with career scoring averages that rank in the Top 10 in program history. Willis tied for 10th at the MVC Championship, the highest finish by a Valpo freshman in a league championship since the program resumed in 2009. The success during the 2018-19 season was exemplified by the team’s four-man season scoring average of 298.3, which ranked second in program history behind only the 2014-15 squad (296.2). The team cracked the program record book several times over the course of the season, which was Valpo’s second as a member of the Missouri Valley Conference. Valpo set the program record for 36-hole tournament low at the Butler Spring Invitational on April 1-2, carding a 580. The squad followed that up with the second-best 36-hole score in program history by stroking a 582 at the Wright State Invitational from April 14-15. Both performances also ranked in the Top 10 in program history in 36-hole tournament low in relation to par with the Butler event fourth at +20 and Wright State tied for sixth at +22. Jack Juskow cracked the program record book with an 18-hole round of 67 (t-6th all-time) at the Wright State Invitational on April 15 to finish the event with a 141, the second-best 36-hole score in program history. The 2018-19 fall season featured its fair share of low rounds, including a 282 (-6) in Round 1 of the Golfweek Program Challenge on Sept. 9, which ranked second in program history in both overall score and relation to par. Valpo completed the Golfweek Program Challenge with an 880, which tied for seventh in program history in 54-hole tournament low. The team’s +16 ranked tied for fifth all-time in 54-hole score in relation to par. For the second consecutive season, Valpo exceeded expectations in the MVC Championship. After being picked to finish seventh in the pre-tournament poll, the team finished in fifth place, 16 strokes ahead of sixth and 19 strokes better than the seventh-place team. Valpo continued to thrive in the classroom as well, earning NCAA Public Recognition for the fourth straight year and received GCAA All-Academic Team honors for the ninth straight year.