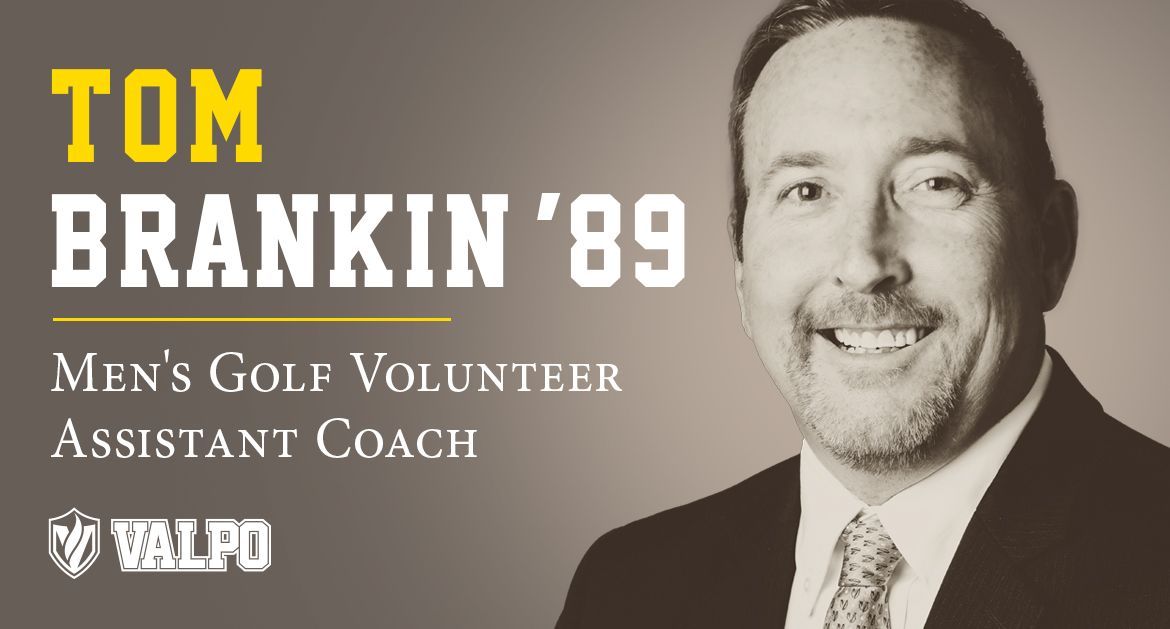 The Valparaiso University Athletics family is deeply saddened by the loss of Tom Brankin ’89, who passed away this week.

Brankin spent the past two seasons as a volunteer assistant coach for the Valpo men’s golf program, under the direction of head coach Dave Gring. Brankin graduated from Valpo with a degree in accounting in 1989 after earning four letters in golf while also achieving academic all-conference status.

“Coach Brankin was a long-time friend of mine and a person who I deeply admired on so many different levels,” Gring said. “I feel immensely blessed to have known Tom and his family for over 35 years, and it was a tremendous honor to coach our players alongside such an exceptional individual.”

Brankin has long been a popular fixture on the Northwest Indiana sports scene, serving as an assistant boys basketball coach at Highland High School for the past 12 seasons. He also spent time as the varsity girls golf coach at Highland (2010-2011) and served as an offensive coordinator for the football teams at Highland (2012-2015), Calumet New Tech (2016) and East Chicago (2017).

“When Tom was a senior in high school and I was a freshman on the Valpo golf team, I had the pleasure and opportunity to be a part of recruiting him to attend the University and play on our team,” Gring said. “Tom committed to Valpo, and he flourished not only in his grades and in our fraternity, but also on the golf course. His friendship was a treasure to each one of us and he was an absolute joy to be around. When he accepted my invitation to be our volunteer assistant coach two years ago, I knew that he would make a noteworthy difference for our program.”

The Brother Rice High School graduate and former all-Catholic League honoree owned his own accounting and consulting practice in Schererville. Brankin’s two years on Valpo’s staff were two of the Valpo men’s golf team’s most successful seasons since the program resumed in 2009.

“Coach Brankin had an immeasurable impact on all of our players over these past two years that will continue in the years to come,” Gring said. “The hearts of our team cry out for the entire Brankin family and we offer our deepest condolences. We will continue to pray for all of those who are carrying a heavy heart.”