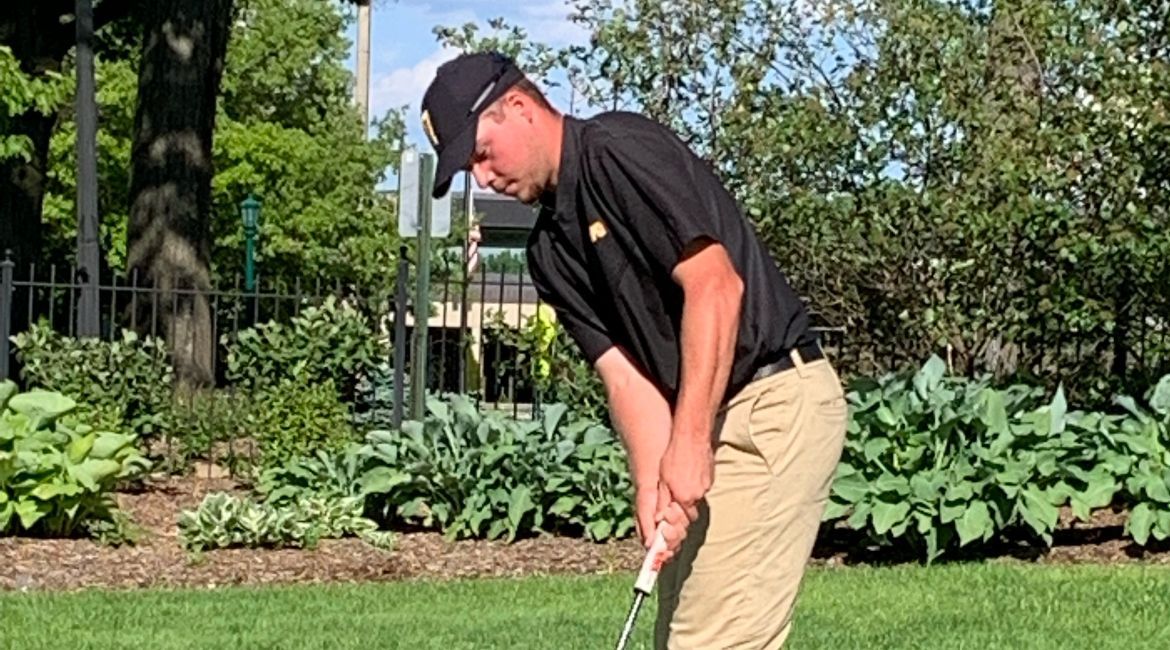 Delisanti carded a 74 (+3) in Monday’s round, putting him tied for 35th in a competitive, 75-player field of NCAA qualifiers. The Regional is being held at Ohio State’s par-71, 7422-yard Scarlet Course.

“The Scarlet Course at Ohio State is an excellent site for the Regional and it’s a great test for all of these participants,” Valpo head coach Dave Gring said. “The golf course commands good shots all of the time. If the execution on a shot is poor and if you miss a fairway or green, you have to be strategic in where the missed shots finish. Also, the green complexes are very well designed, so the players have to hit to the right area of the green and get the ball as close to the pin as possible.”

Delisanti’s best performance came on par-4 holes, where he was among the tournament leaders with a 3.91 scoring average. He achieved par on 15 of the 18 holes to go along with one birdie.

“Anthony’s course management today was awesome,” Gring said. “He made good decisions on the golf course and stuck to his plan, both off the tee and into the greens. Around the greens, he didn’t short-side himself once and he didn’t have one 3-putt. He played the par 3s at one over and he played the par 4s at one under. The only poorly executed shot was his 85-yard wedge on the par-5 12th hole, where he hit the shot heavy into the water, and that cost him three shots.”

No. 2 Oklahoma State leads the Regional with a team score of 280 (-4), while Julian Perico of Arkansas is atop the player leaderboard with a 68 (-3). Round 2 of the event will begin on Tuesday morning with a link to live scoring via GolfStat available on ValpoAthletics.com.

“Anthony bounced back very well from the triple bogey and just missed birdie putts on the next four holes,” Gring said. “He finished the round with 15 pars and that is very solid on this golf course. I was very proud of his mindset, staying focused on each shot all day. His putting was solid, and hopefully we can get some birdie putts to drop tomorrow.”