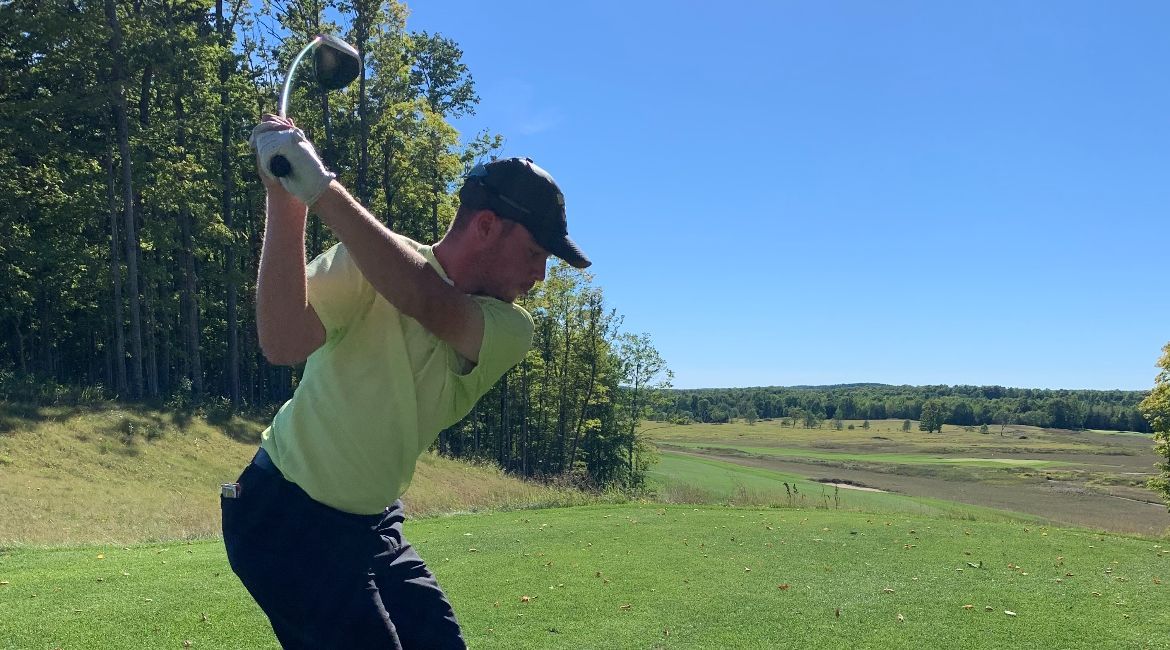 Anthony Delisanti is in the top 10 on the player leaderboard through 36 holes.

There has been no shortage of excellent rounds throughout the storied Valparaiso University men’s golf career of Caleb VanArragon (Blaine, Minn. / Blaine), but the three-time all-conference recipient delivered his best performance to date on the first day of competition during his senior season. He established a new career low in Round 2 to lead Valpo on Sunday at the Island Resort Intercollegiate, hosted by South Dakota State at the par-72, 7375-yard Sage Run Golf Club in Harris, Mich.

“With this being our first tournament of the season, there was certainly a level of anxiousness and excitement to get the season rolling. I didn’t feel the guys were tight to start the first round, but we struggled to get into a good rhythm. The skies were sunny, but the morning temps were starting in the low 50s and we had to make quick adjustments to weather that we have not seen in quite a while.”

“What I was most pleased with today was that every nine holes was an improvement over the previous. For the scores that counted, we were plus nine over on our first nine of the day and we worked our way back to playing the final nine holes five under. It was a grind to get the tournament started, but the guys steadily improved throughout the day and showed a lot of perseverance. We always talk about finishing a round strong, and the entire team stepped up to finish the 36-hole day with a lot of birdies.”

“Caleb, Anthony and Yianni played very steady for us all day. The three of them collectively got us to seven under for the first 36 holes and they made 22 birdies. Caleb was just superb and finished his round with four consecutive birdies and a final nine-hole score of five under. He couldn’t get the putts to drop after a lot of good shots in the first 27 holes, but he stuck to his plan. Some terrific ball-striking and solid putts gave him his best round as a Beacon.”

The final 18 holes of the tournament will take place on Monday. A link to live scoring via GolfStat is available on ValpoAthletics.com.