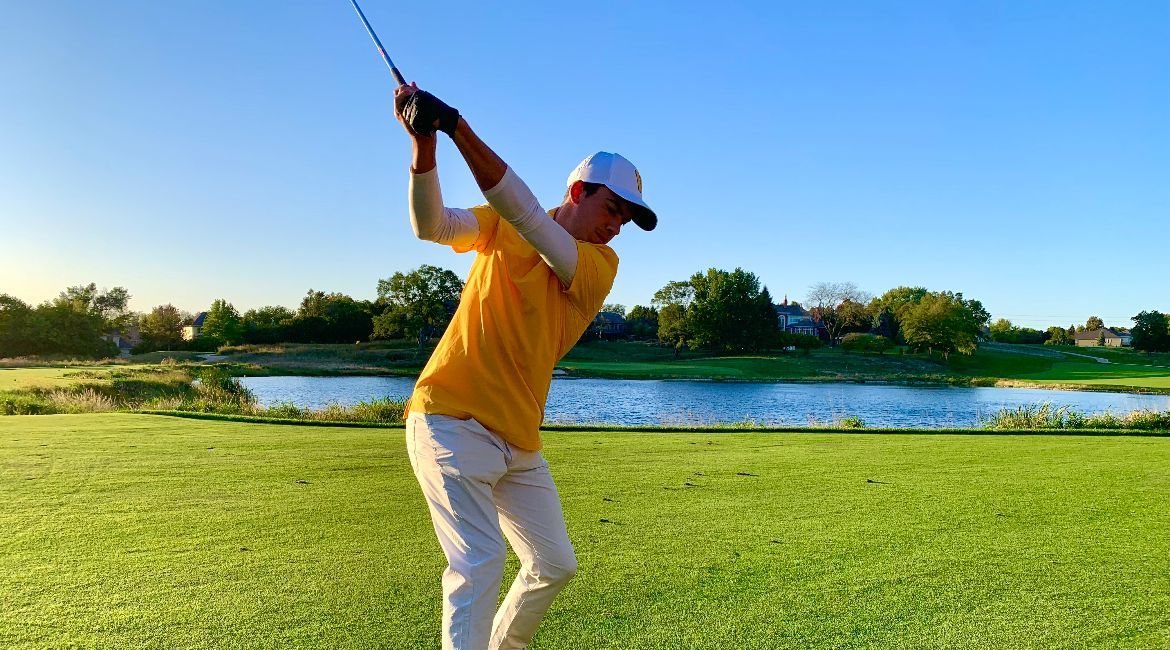 Caleb VanArragon is tied for third with 18 holes to play.

After sweeping the hardware at last week’s home tournament, the Valparaiso University men’s golf team has two players in the top five yet again at this week’s Zach Johnson Invitational, which began on Monday at the par-71, 6898-yard Glen Oaks Country Club in West Des Moines, Iowa. Sophomore Anthony Delisanti (Sanborn, N.Y. / Niagara Wheatfield) and senior Caleb VanArragon (Blaine, Minn. / Blaine) are both among the tournament’s top performers with 36 holes in the books.

“The golf course was a real challenge today. The greens were running very fast and couple that with 15-20 mph winds and it made the conditions tough. I thought the guys played hard all day, especially when you consider the entire day on the golf course with 36 holes. We certainly had some issues with the speed of our birdie and lag putts and leaving ourselves with too many four- to six-foot putts for par. We made the majority of those putts, but we need to tighten that down better for tomorrow.”

“Overall, the ball-striking was good. We had some bad swings that cost us big numbers on a few holes, so we need to minimize those mistakes. Our bounce-back after the bad holes was good and the guys kept grinding all day. We are going to need to hit more fairways off the tee and take better advantage of the Par 5s tomorrow.”

“Caleb and Anthony were steady for us again today. Both of them hit a lot of fairways and greens in regulation. Hopefully we can get some more putts to drop tomorrow for the two of them and the entire team since we had a lot of birdie putts burning the edges today.”

The final round of the event will take place on Tuesday. A link to live scoring via BirdieFire is available on ValpoAthletics.com.