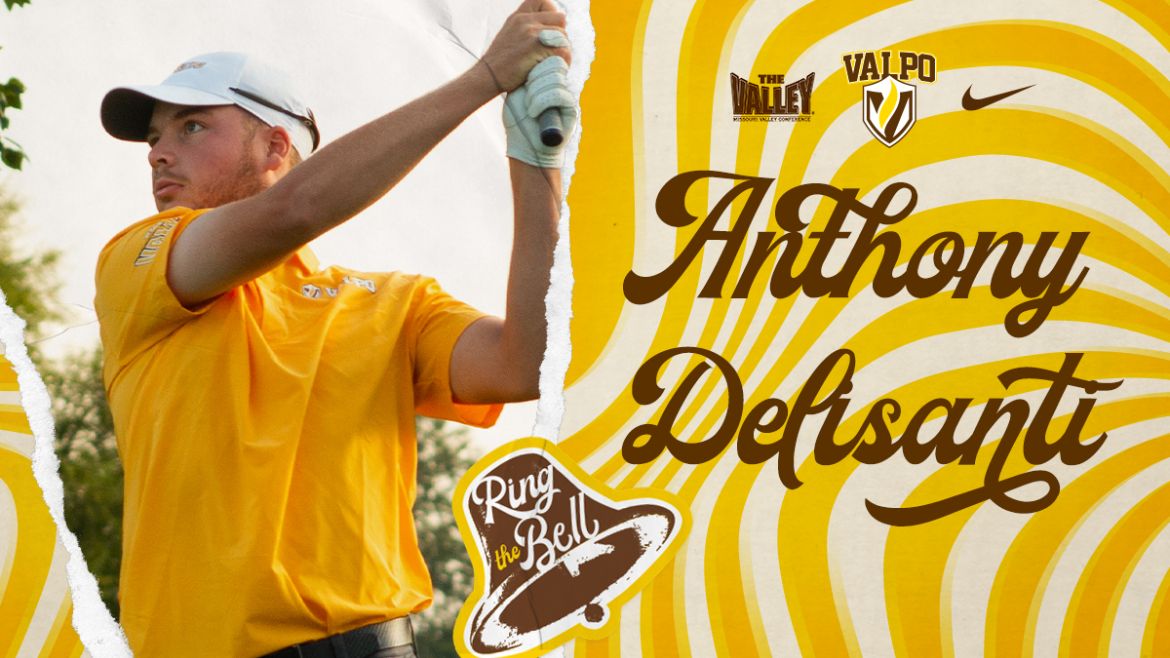 After earning individual medalist honors for a second consecutive tournament, Valparaiso University men’s golf sophomore Anthony Delisanti (Sanborn, N.Y. / Niagara Wheatfield) has hauled in another Missouri Valley Conference Golfer of the Week distinction. This marks the third such award of his career and the second consecutive week he has picked up the honor.

Delisanti finished atop an 81-player field at the Zach Johnson Invitational, hosted by Drake at the par-71, 6898-yard Glen Oaks Country Club in West Des Moines, Iowa on Monday and Tuesday. He shattered modern program records for both 18-hole round and 54-hole tournament score by carding a 202 (-11, 69-69-64) in the event.

The Beacons will look to sustain their success when they return to the course on Monday, Oct. 10 to begin the Bubba Barnett Intercollegiate at RidgePointe CC in Jonesboro, Ark.