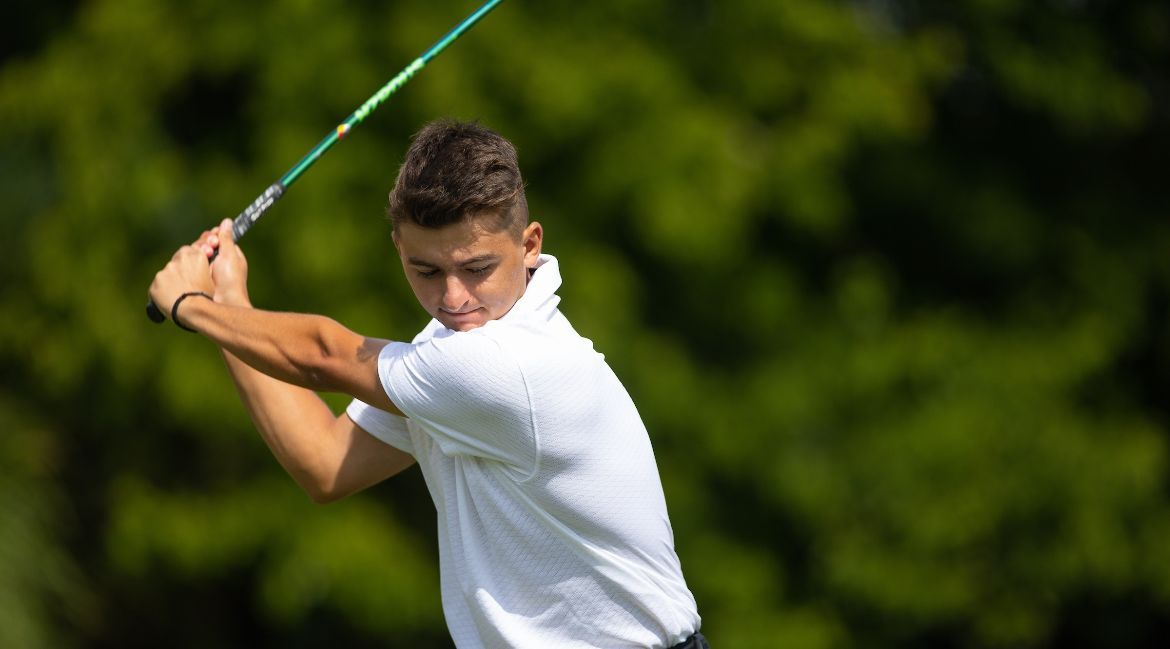 Yianni Kostouros finished as the individual runner-up in the final fall tournament.

The Valparaiso University men’s golf team closed out a strong fall season on Monday by finishing as the team runner-up in the Iowa Fall Classic, hosted at the par-72, 7141-yard Blue Top Ridge in a chilly and windy Riverside, Iowa. The Beacons were behind only the host Hawkeyes on the team leaderboard, while fifth-year senior Yianni Kostouros (Crown Point, Ind. / Crown Point [Ball State]) was the individual runner-up in a field of 50 golfers.

“We competed well with Iowa the entire tournament, and it still came down to the last couple of holes. In those weather conditions, anything can happen and we still had a chance, but we couldn’t overcome the handful of shots they had built up on the final nine holes. Our two teams were tied going into the final nine holes and they simply hit a few more shots than us and made a few more putts. This is the first time our team has seen Iowa’s course and I’m thrilled with how our team learned the golf course quickly, kept us in the tournament all the way until the end and played in those weather conditions.”

“We talked about ‘character’ in last night's team meeting and setting all of the factors that we can’t control aside, playing in the moment and playing hard and aggressive all day. Each one of the guys did that, and it was evident in our scores. I’m really happy with how the team stayed laser focused on each shot and executed an awful lot of tough shots. Even though we ended up short of our goal of winning, the team can take a lot of experience into the offseason and a lot of confidence heading into our tournaments next spring."

“I'm thrilled for Yianni and the level of poise and confidence that he demonstrated the entire tournament and especially today. He really hit a lot of excellent golf shots and he made a lot of very good decisions with club selections. He kept grinding all of the way to the end and closed the round with a phenomenal birdie on the final hole to finish alone in second place by one shot. He played with the medalist in today’s round and tried to close the gap, but just couldn't overcome the two-shot deficit.”

“Caleb and Anthony closed the season with yet another very solid Top-10 tournament performance. They had a very impressive fall campaign and they will head into the second half of our season in the spring with a lot of confidence. The entire team shared in numerous highlights this fall, with each guy pushing each other in practice and playing hard every day. We are already fired up for our spring season and we will have some quality time to prepare over the winter break.”

The team will return to tournament action during the spring semester, beginning on Sunday, Feb. 12 at the Advance Golf Partners Collegiate in Palm City, Fla. A link to live scoring will be available on ValpoAthletics.com.