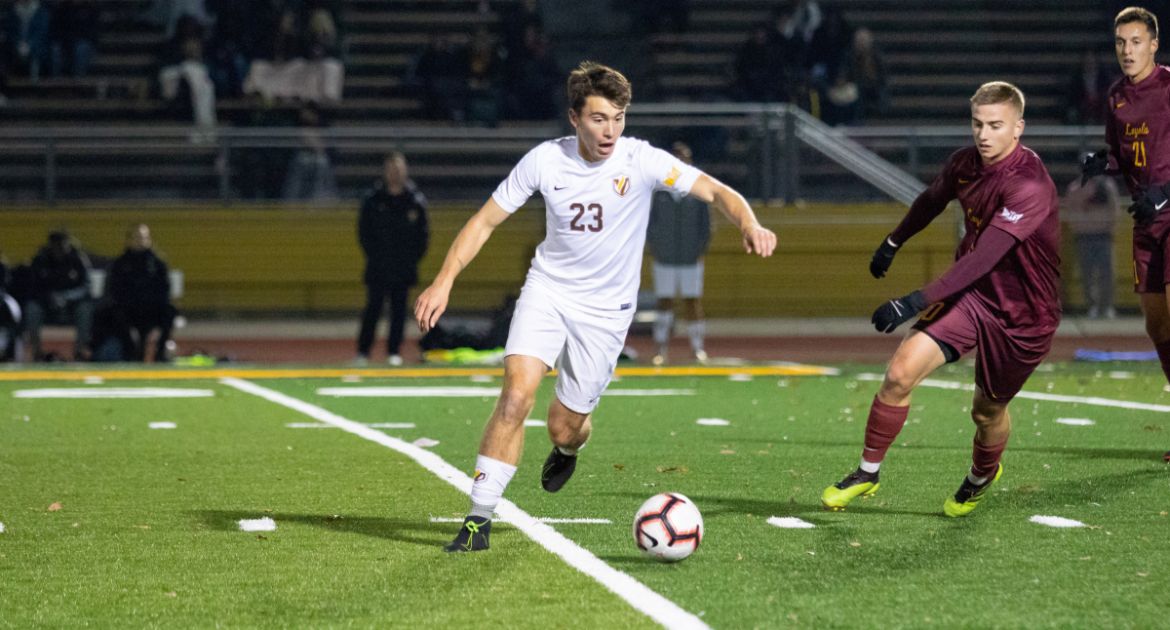 Mason Marcey was named to the MVC All-Tournament Team on Sunday.

The Valparaiso University men’s soccer team was represented by junior midfielder Mason Marcey (Charlotte, N.C. / Charlotte, Christian [Radford]) on the 2019 Missouri Valley Conference all-tournament team, which was announced by the league office following the conclusion of the championship match on Sunday.

Marcey accounted for the lone goal of Valpo’s first-round tournament match, curving a beautiful effort just inside the right post in the 17th minute of an eventual 2-1 overtime defeat to Drake in Wednesday’s quarterfinal.

After the Marcey goal, Valpo appeared to be on its way to a semifinal berth, holding a 1-0 lead as late as the 87th minute, but a miraculous, wind-aided effort floated into the top of the net at the 86:34 mark, tying the match at one and eventually earning a place in SportsCenter’s Top 10 plays that evening. Drake scored again in the 103rd minute to win 2-1 in double overtime.

Marcey’s goal was a fitting end to a breakout season in which he tallied team highs in goals with five and points with 13 while sharing the team’s top assist output with three. He was one of eight players in the league with five or more goals during the 2019 campaign.