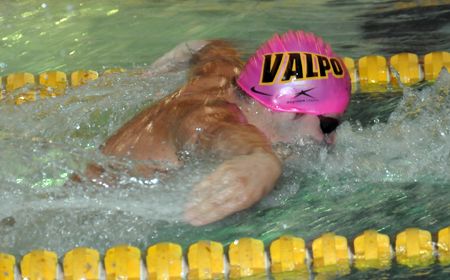 The Crusaders tallied 339 points behind the Cardinals’ 644 points and Eastern Illinois’ 571 points.

Blake Edwards (Orange, Calif./Lutheran H.S. of Orange County) also notched a pair of top-five finishes for the Brown and Gold.  The senior finished fourth in the 200 free with a mark of 1:48.81 while placing fifth, just behind Fedde, in the 500 free with a time of 5:01.60.

Valparaiso will close out the regular season on February 6, hosting Western Illinois at the Athletics-Recreation Center pool.  The first event begins at 1 p.m.