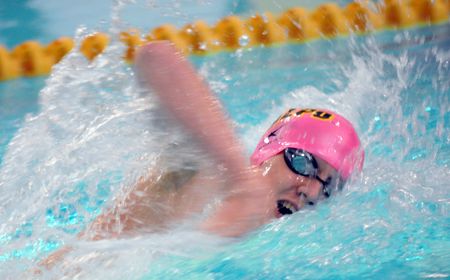 Valparaiso opened the 2010 Horizon League Swimming and Diving Championships in record-setting fashion on Wednesday evening as the Crusaders’ 200 medley relay posted a new school mark at the Flames Natatorium in Chicago, Ill.

As a team Valpo finished day one with 52 points, sitting in sixth place. Clevealnd State leads the meet with 142 points followed by Milwaukee with 131 points.  UIC (129), Green Bay (120), and Wright State (116) rank ahead of the Crusaders.

Valpo will return to the water for day two of the four-day meet on Thursday morning.  Preliminary heats begin at 10:30 a.m. with finals slated for 6 p.m.