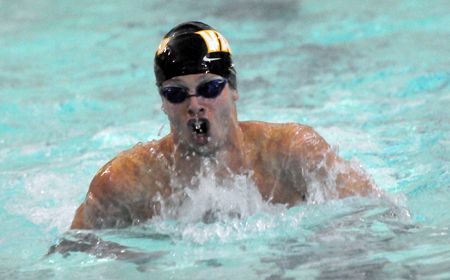 Valparaiso’s men’s swim team finished in sixth place to conclude the Horizon League Championships on Saturday at Busbey Natatorium in Cleveland, Ohio, wrapping up the 2010-2011 season.

The Crusaders scored 117 points over the course of the four-day meet.  Milwaukee edged out UIC 820-793 for the team title with Cleveland State finishing third with 696 points.  Wright State (491) was fourth while Green Bay finished fifth (481).

Steve Booth (Saint Joseph, Mich./Saint Joseph H.S.) earned a 16th place finish as the Crusaders’ lone competitor in the mile with a season’s best time of 18:17.00.  Kevin Fedde (Fort Collins, Colo./Heritage Christian H.S.) did the same in the 200 backstroke with his career best time of 2:01.73 in the finals to place 16th overall.